We ask Bressie, Maeve Higgins, Michael Harding and others: what makes you happy?

Some well-known Irish people tell us what would put a smile on their faces, and we want to hear from you too

Census of the Heart – an online survey carried out at the same time as the national census – set out to measure the emotional temperature of the nation. 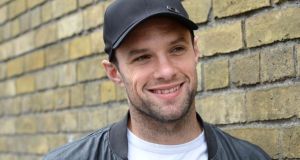 Niall ‘Bressie’ Breslin: 'What would make me happy is a society where the wellbeing of humanity is the headline act on the main stage, and everything else is just the support act'

Census of the Heart mines the emotional wellbeing of people in Ireland. We are known as a happy bunch despite the national characteristic of begrudgery and the endless pastime of giving out yards.

So what would make us happier?

To give you a bit of inspiration, we asked some well-known people what would work for them:

I feel angry and sad when I see what a diminutive response Ireland has to the people of Syria in their greatest time of need. We’re actually just like Syrians, in fact we’re the same, toddlers and grannies and builders and nurses, all trying to live our lives. We see every day that they cannot do this, but we don’t take our responsibility to help them seriously and that really gets to me. So, figuring out ways to make this disconnect smaller helps me a lot. More empathy and action would make me happier.

What would make me happier would be being able to enjoy the moments I’m in more and not worry too much about the future.

On a societal level, a more just and equal society would make me happier. I find it hard to listen to the news. Every day, there seems to be some new affront to justice, whether it’s to do with rising homelessness figures, or women who are not ready to be mothers for a variety of reasons having to take their foetuses on a plane to have their pregnancies terminated, or failed politicians in their 50s being paid massive annual pensions out of public funds. It’s insulting. For myself, I’m incredibly fortunate and don’t have a lot to complain about. Maybe an extension on the deadline when I have to deliver my next book would ease the low-level anxiety.

I’d be happier if I had a bean bag and Destiny’s Child were still together.

What would make me happy is a society where the wellbeing of humanity is the headline act on the main stage, and everything else is just the support act.

If I could believe that the world that my daughter will grow up in will be safer and more stable than the one I see around me.

At a civic level, the proper legal recognition of Irish Travellers as an ethnic minority. And the security of Northern Ireland’s place in the European Union, since the majority voted for that position. Although these are issues of human rights rather than a basis for anyone’s happiness. At the level of my emotional wellbeing I think the abolition of the endless and inane announcements on the Sligo train would probably make me delirious with joy.

Ellie McNamara, one half of the band Heathers:

If the internet could disappear once in a while. Obviously it is an amazing invention that we are so incredibly lucky to have but sometimes it does more harm than good. I think we could all do without internet-induced anxiety.

Louise McNamara, the other half of the band Heathers:

If people put down their phones and switched off the internet from time to time. I feel like the more technologically advanced we get, the less we communicate on a daily basis with the people around us. Instead of “bringing us together”, in ways it’s really pulling us further apart. Sometimes, there’s nothing better than a spontaneous chat with a stranger on the bus home.

I should be perfectly happy now. I’m healthy, as are those I love. I have a wonderful family. I’m richer than almost everyone who ever lived. And yet I worry. Constantly. About everything. What if we get hit by an asteroid? What if Donald Trump starts World War III? What if they stop making those wee biscuits I like? I don’t need anything to change in order for me to be happy. I need to change. I need to stop living in an unpleasant future of my own imagining.

I think happiness is something you have to work for, I don’t think it just comes to us. Right now what would make me happy is if my anxiety would go away. I’m generally a happy person and it’s the only constant in my life that gets me down.

Having more hours in the day would make me happier. Like a lot of people I’m trying to get the balance right between work and family. I always seem to be chasing my tail with one or other suffering, depending on the day. I think time off is the new pay rise.