Tanya Sweeney: I doubt I’d have made it through recent months without the tribe on the doorstep 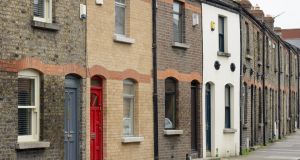 A Macra na Feirme survey found that only 57 per cent of Irish people interact with their neighbours on a regular basis. Photograph: Getty Images

For most of my adult life, neighbours were the people you’d say a polite “hi” to when you passed them in the corridor, or you nodded to on your way to the communal bins. That was often as far as the exchange went and for many years, that was fine. Apartmentland in Dublin is a transient place. When you’re living in the city in your 20s and 30s, you already have a bountiful social life and places to be and are in no need of pals on your doorstep. Social isolation meant something different when you were 30 than when you are 80. Or at least, it did before this year.

Still, before the removal van had even cooled its engines, I was usually knocking on the doors of my new neighbours. The response was usually the same: half a face, squinting with suspicion out behind a barely open door, as they tried to figure out why there was an overly eager new person in the hallway. We were our own self-contained unit, completely oblivious to the identities of each other. It could be a generational thing; young people in apartments don’t strictly see themselves living there in the long term, and perhaps don’t feel the need to create a sense of community. Either way, no one was really in the market for new friends. A survey undertaken by Macra na Feirme found that only 57 per cent of Irish people interact with their neighbours on a regular basis.

I never found my two-doors-down ally in Apartmentland, but moving to a house, albeit one still in Dublin’s city centre, brought much better fortunes with neighbours. Amid this warren of old terraced houses in Stoneybatter, the locals seem particularly keen to upkeep the sense of settled community and generosity that has been part of local life for years.

The street I live on is settled and sedate, with a smattering of people who raised their families here close to six decades ago.

There are families with small kids, solo-living professionals, young creatives and, according to one account of local lore, a person who won the lottery, twice. Behind each door is a story, just as there is almost everywhere else. Except here, I now know most of them.

“We all keep an eye out for each other,” one neighbour informed me on my first week living here, and certainly, I realised that it’s not the done thing to keep to oneself. But it has felt more like home than anywhere else.

Even though something truly awful in the world pushed us into each other’s lives even more, it feels somehow safer

As our wider social circles contracted earlier this year, the people on my street and I found each other; or at least, we found each other even more than we had done in the years previous. We banded together in a sort of tribe. A WhatsApp group was formed. We brought desserts to our older neighbours. We moved beyond small talk about the weather to talking meaningfully about our lives. My daughter would arrive in the door carrying a toy given to her by an older child, already cleaned and ready for its new home. I’ve even done some babysitting in between the lockdowns, so help us all.

It all reminds me of the estate I grew up on, in west Dublin. As kids, we’d wander into everyone else’s houses without too much ceremony (my parents once told me that as a toddler, I went missing for hours, only to be found sleeping behind the next door neighbour’s sofa). I regularly sat at other families’ tables for dinner and we slept in each other’s houses, even on school nights. Everything was just so fluid and easy, without privacy or boundary.

I doubt I’d have made it through recent months without the tribe on the doorstep. With my wider family and friends at a physical remove, those of us who live on this street have moved towards something inclusive, supportive and familiar. Even though something truly awful in the world pushed us into each other’s lives even more, it feels somehow safer.

Not everyone has opted into our little support network. One neighbour loves nothing more than huffing or barking at us whenever children cycle or scoot on the road outside. I feel sorry for him. He has a much better way of life right outside his door, and he doesn’t seem to know, or care.

We are due to move house soon, away from the area. Our home is wonderful, but as a family with two adults working from home, we are fast outgrowing it. The thought of cleaving ourselves from the community and our local gang fills me with cold dread. And I can only hope that wherever we land, the neighbours will be every bit as magical as the ones we’ve come to know.

For a long time, neighbours were simply the people that had the same address as you. Having any sort of meaningful, regular interactions with them felt vaguely parochial; stifling, even. But when you get lucky, you realise that having them around is loveliest surprise that a pandemic could deliver.