Welcome to the secret celebrity-filled world of closed Facebook groups 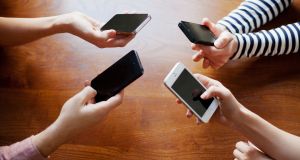 You’ve probably heard a lot about Twitter’s echo chamber. For the unfamiliar, it’s the cosy cyberbubble that we create with people in similar occupations and with relatable political outputs. It promotes a sense of psychological wellbeing, apparently, to be surrounded by like-minded types and have one’s own opinions reiterated, albeit with subtle modifications.

In 2016, Twitter’s echo chamber was the engine-room for much vital online dialogue but Facebook proved to be where the real conversations are happening.

Facebook has long been regarded as the internet’s happy place – the inoffensive and family-friendly yin to Twitter’s gritty yang. It’s a place replete with quizzes, cat memes and old schoolfriends. Twitter telling it like it is? Facebook will tell you that your selfies are *insert heart-eye emoji here*. But its cuddly modus operandi has left many wanting – in 2014, one group of Princeton University researchers went so far as to say Facebook could lose 80 per cent of its users by 2017.

It’s the last place, in other words, where one would expect a gritty underbelly of discourse yet one function on Facebook could well end up proving to be its salvation, and ours.

Welcome to the little-known world of the secret/closed Facebook group – a place where white-hot honesty and candidness really do get off the ground. It’s a safe space that Twitter, in its current guise, can’t deliver.

Without fear of reproach or trolling, people on Facebook are invited to join specialist, exclusive groups and enjoy posting anything from book recommendations and gossip to full-blown confessionals. The first rule of the secret group is, well, you can probably figure it out.

Despite this, rumours abound that many of LA’s most influential women – Instagram stars, tastemakers, TV stars, models – are members of an unidentified secret Facebook group, billed as a “giant online slumber party”. At last year’s Grammy Awards, a singer was reportedly making her way down the carpet when a young woman ran up to her, begging for entry into her secret Facebook group.

You won’t find mention of these groups on a person’s Facebook profile which is precisely the point. I’ve found myself joining a number of secret groups (via invite, and after vetting) and getting seduced by their unique ecologies. One is for freelance journalists and positively hops all day long with gripes about late payments, toxic stories of exacting editors, and indiscretions about unsavoury celebrity interviewees. They are conversations not likely to be found elsewhere.

Another closed group, made up largely of younger American feminists and topped out at a membership of 1,000 women, is a safe place for naked selfies, moisturiser recommendations, Tinder disasters and discussion along the lines of “what is that weird stain on my underwear, do you think?”. Others post selfies of themselves crying, mid-breakup, or solicit advice on how long they have to abstain from sex after a termination. The feedback is often the same – constructive, informative, kind and compassionate.

These are not posts likely to be seen on their own timelines, and there is no risk that they will escape to the wider reaches of the internet.

To be in this club, albeit teetering near its wider periphery, is a revelation. To witness women be so ready to expose themselves at their most vulnerable, needy and real has been eye-opening. What’s more, it flies in the face of the idea that the internet, and Facebook in particular, is where we self-curate, and self-censor.

There are several well-known women in some of these groups and for them it’s a space to vent and solicit opinion without fear of being identified. And this sense of protectiveness over members creates its own lovely, invigorating energy. One friend admits that she doesn’t even bother with “the rest” of Facebook anymore.

There are of course those who have deployed the secret group function for reasons other than swapping recommendations for face cream. Earlier this year, BBC News reported that paedophiles in the UK have been using secret groups on Facebook to post and swap obscene images of children. Even more worryingly, the police are often a step behind in their investigation, as it is possible to change the name of a secret group or start another one.

What the future holds for Facebook’s secret groups is anyone’s guess. It’s impossible to even find out how many of them are thriving on the site. Rumours that the tastemakers and influencers have abandoned Facebook for Twitter and other social media spaces is a red herring. They’re there alright. They’re having the conversations worth having. It’s just that no-one knows exactly where.