The first and last times my two mums met one another

The Time of My Life: Mary gave birth to me. Pat raised me. Together they made me whole 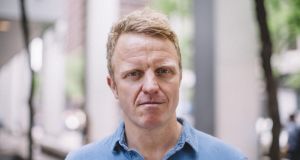 The Time of My Life is a weekly column about a moment that changed someone’s life, for better or worse

I have two mums: Mary, my Irish birth mother, who, in 1973, gave me up for what she hoped would be a better life; and Pat, my English mother, who adopted and raised me. When they met for the first time Pat told Mary: “I’m so happy to meet you. I’ll never compete with you for our son.” Mary, hugging Pat, repeated what she’d said to me the day we reunited: “A stone that’s been in my shoe for 24 years is finally after lifting.”

Theirs is an awkward algebra. Having had me to herself, Pat learned to share me with Mary, who can never recover the lost years. Despite that, and being from different sides of the Irish Sea, the two women have much in common. Each initially childless – one from shame, the other from illness – they are only five years apart in age. They are equally superstitious. Mary, a devout Catholic, sprinkled a few drops of holy water over me every time I left the house; Pat, more attuned to the secular spirits, likes to place a pink crystal in my suitcase to protect my aura while I’m travelling.

If I’d died at that moment it wouldn’t have mattered. I saw everyone I knew finally bear witness to who I really was. Two ends of a circle were now joined

Mary died recently. The last time they saw each other was my 40th birthday party, an event to which I’d invited all my very large, very modern family. At the start of the evening Mum and I were waiting for Mary to arrive. Getting out of her car, Mary nervously smoothed the front of her dress. Looking towards the 100 or so people gathered – all the relatives and friends who had known her son far longer than she had, as well as my future husband – she couldn’t have imagined, when giving me away, that she’d return as one of two guests of honour to her firstborn’s 40th.

We stepped forward to greet her and the two women leaned in to kiss one another hello. Eager to defuse any nerves I took their hands and reassured them like a good mummy’s boy – with a proud smile and a gentle squeeze – that “We. Have. This.”

But, just as my event planner’s mind was taking over – plotting whom I’d introduce Mary to first and the fastest way to get them, and me, a stiff drink – I noticed them squeezing back. So I relaxed my grip, and inhaled. I was an adult son for the first time holding his two mothers’ hands at the same time. I closed my eyes, enjoying the symmetry of being joined to the two women I called Mum; women who at different times in different places had born and nursed, comforted and consoled me. In that instant I accepted their maternal concern for me was greater than any I could have for them.

I was complete, in a way I’d not felt before.

Opening my eyes, I saw the smiling faces of siblings, aunts, uncles, cousins and friends taking the measure of our sacred, unusual geometry. Comparing adopted mum to birth mum, with me in the middle of the triangle, perhaps they were questioning who I resembled more. Was I Mary’s nature? Pat’s nurture? Or a combination? Something less easily solved?

If I’d died at that moment it wouldn’t have mattered. I saw everyone I knew finally bear witness to who I really was. Two ends of a circle were now joined. At the pit of my stomach swam the giddy chill one feels having crested a roller coaster. I could have stayed cradled there forever.