Sean Moncrieff: My career has been over many times

Prescribing resilience for others can be an excuse for not helping. Because we all need help 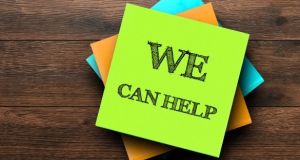 Resilience can be learned, through life experience, but I’m not sure if it can be taught in any formal sense. Illustration: iStock

Working in the media is, generally speaking, poorly paid and highly insecure. Kids with media degrees leave college with a qualification, thinking that piece of paper means something, and soon after discover that they might as well have spent the previous four or six years working in an ice cream shop. They discover that the best way to learn is by actually working, by making mistakes.

This article is part of a series focusing on hope, courage and resilience in the time of Covid-19

But budgets are tight. No one can afford to hire some kid who is going to get it wrong. So, the graduate has to demonstrate initiative and ability that they might not feel they have yet, has to be able to pretend that they know more than they actually do, and when they inevitably screw up, fix or hide it quickly.

It’s a continuous process of learning to fail better, and the attrition rate is enormous. A lot of them end up in PR.

It’s always been that way. Out of the 20 or so people in the journalism course I didn’t graduate from, only a handful worked in the media for any period of time afterwards.

Yes, I didn’t graduate. But almost immediately I was freelancing for a national newspaper – well, some of the time. Freelancing was often a nice word for unemployed. But for some reason – and I can’t tell you what that reason was – I stuck at it. My career has been over many times since. I’ve hosted prime-time TV shows and been on the dole weeks later.

I’ve had so many setbacks that I established a routine. I would allow myself 24 hours for self-pity – whiskey, sad music, staring out the window – and when that was over, set about making a plan to get more work. As often as not, the plan didn’t help rebuild my shattered income; that was luck or someone doing me a favour, but having a plan always made me feel better – helped me get back to my default prepare-for-the-worst-hope-for-the-best setting.

You could call this resilience, though I didn’t at the time. Resilience wasn’t the thing it is now. It wasn’t a thing at all. It was necessity, blended with my particular variety of dopey optimism. I’m the sort who always likes to have a plan. Nature and nurture.

Nowadays, resilience is both a source of hope and worry. The word itself is wielded as some sort of super-weapon against despair, while in kids, the lack of it seems to be in the same worry-category as a vitamin deficiency.

Yet the more you poke at the idea behind the word, the murkier it becomes. The ability to continually bounce back isn’t necessarily always useful. Sometimes, perhaps most times, it might be better to change course. Not all of us are cut out to be violinists or carpenters. “Believe in yourself” can be a prescription for self-delusion if you don’t know who “yourself” is; if you don’t have a realistic sense of what you are capable of, and not capable of.

And depending on the context, prescribing resilience for others can be an excuse for not helping. Because we all need help. We need to be able to recognise when to ask for it. In previous generations, people didn’t ask and probably wouldn’t have got it anyway. People were just as vulnerable then, but we pretended vulnerability didn’t exist. The “kids today are all snowflakes” is a continuing part of that cover-up.

Resilience can be learned, through life experience, but I’m not sure if it can be taught in any formal sense. Perhaps more useful would be to teach kids – and adults – about how to get to know themselves, to have a more faithful sense of who they are. And to recognise that anyone who has ever overcome hardship, or achieved any measure of career success or personal happiness did not do so singularly through their own efforts. There was luck, and the kindness of other people.