Sean Moncrieff: Friday night takeaway has become the highlight of my week

Boredom has become the defining factor in our lives; and possibly yours too 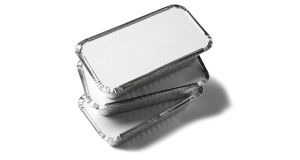 Every Friday I make the same Dad Joke to Herself: what continent would you like to visit tonight? Photograph: Getty Images

Here’s the highlight of my week: Friday night is takeaway night. Because Daughter Number Four is weird and fussy, all she’ll accept is a (plain) burger and chips. I’ll add a spice burger to the order, and when that arrives, I’ll sit in the kitchen, play a record and eat it with a glass of wine.

This is not all we get. Every Friday I make the same Dad Joke to Herself: what continent would you like to visit tonight? And we do have choices. We’re lucky. The aforementioned chipper is excellent. There’s a Chinese we’ve frequented for years, an Indian, a fantastic Italian that does proper dishes as well as pizza. We can get McDonald’s delivered or sandwiches or tortillas, Thai food or donuts.

During the first lockdown, our local Chinese closed for a while, presumably due to a lack of business prompted by a perception that Covid was the 'Chinese Virus'

Yet it’s taken on a gruelling sameyness. It’s a treat now only in as far as it doesn’t involve cooking. We’ve visited all the continents. Okay, most of them.

Dublin doesn’t have an Antarctic takeaway, and even if it did, I wouldn’t be rushing to download the menu. Dried fish isn’t my thing.

Over time, the visits to China have dried up. India has become increasingly rare. The only consistent has been Italy, but that’s more to do with managing Herself’s chronic cheese addiction. Every now and again we say: is there something new we could try?

But there never is. There isn’t another continent we don’t know about. One of the many side effects of the virus can be that it erodes the sense of taste and smell. But the lockdown seems to have done that anyway. Eating has become simple consumption. Or soakage for the wine: and even that isn’t so much fun anymore. It just adjusts the tenor of the boredom.

It’s not the fault of the takeaways. They are doing a great job. Like many restaurants, they’ve adapted to a grim economic situation. Many are hanging on by their fingernails. Many won’t make it.

During the first lockdown, our local Chinese closed for a while, presumably due to a lack of business prompted by a perception that Covid was the "Chinese Virus". Now it belongs to the world.

Recently, we did have a look around and found a Japanese, which is a bit farther away but worth the longer delivery time. We’ll go with that for a while, but once we’ve worked through their menu, we know that we’ll become bored with it.

Boredom has become the defining factor in our lives; and possibly yours too.

Bored with looking at the inside of the house. Bored with going for walks and looking at the outside of houses filled with other bored people. Bored – and irritated – by insufferably perky “How to Beat the Boredom!” articles.

I fervently want this lockdown to end, but I also want it to go on for months: to be cast-iron, titanium, 120 per cent certain that we won’t have to do another one.

Over our Friday night takeaways, we sometimes play the game of fantasising what we might do first when it’s all over. Fly to Paris, just to have dinner. Spend a day in the cinema. Go into a shop and buy wantonly expensive socks. And while all those things would be nice, what I’d like most is to re-capture any feeling of novelty.

I was going to write something about last year, but just realised it wasn’t. Last year has been a blank. It was the year before last. 2019. On my birthday. It was sunny, and I got to sit outside our local pub with some of the kids.

I’d like to feel how I felt that day. I’m not a big birthday person, so I was surprised by how much I enjoyed it; my kids can be very funny. It was a nice reminder that even as you get older, the unexpected can still happen, can still make everything seem new. That’s what I’d like back.