Problem gambling: Are you a shark or a fish? 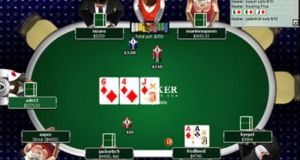 Some professional poker players can control their behaviour and make a living from it. But the nature of gambling is that for one player to succeed, others must lose. “Sharks” often gobble up the inexperienced “fish”.

And if a person has an addiction, it can take more than a big loss to stop them gambling. Problem gamblers often arrive at a point where their behaviour is consistently and negatively affecting their lives because they do not think about gambling the way most people do.

A literature review at the University of Georgia in 2012 suggests their cognitive distortions emerge from “heuristics”, the mental shortcuts we use to process information faster. The “representativeness heuristic” comes into play when we believe an event fits more accurately with how we feel things should unfold.

One such is the “gambler’s fallacy”, whereby people consider that a win is “due”. A classic example is buying the same lottery numbers every week, in the erroneous belief it will improve one’s chances of winning.

Other erroneous cognitions result from some gamblers’ tendency to be influenced by recent events. Other people’s wins encourage gamblers to keep gambling. One might expect that this would be less common in an age when betting shops are closing and gambling is becoming a more solitary online experience, but message boards and social media can bring about the same effect.

Interpretative bias occurs when the gambler misinterprets their own success. Some gamblers attribute their success to their abilities while blaming their failures on outside influences, such as “bad luck”.

People’s attitudes towards gambling also tend to be useful indicators of problem gambling risk. Some evidence suggests problem gamblers tend to believe that gambling is more widespread than it really is, and believing other people are more approving of gambling behaviour than they actually are.

Colin O’Gara, a consultant psychiatrist at St John of God Hospital in Dublin, is conducting a national online voluntary survey of gambling behaviour at www.gamblingsurvey.ie