From electronica to soulful sounds to “three black Irish kids making waves”, these music acts are worth listening out for this year 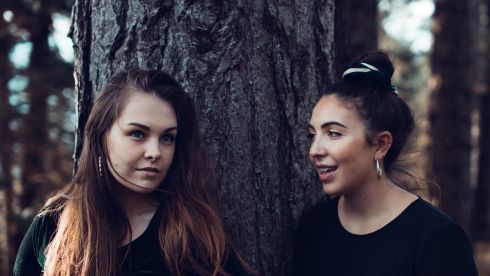 Saint Sister
It seems like only a wet day since Derry’s Morgan MacIntyre decided she had enough of the singer-songwriter trip she was on and joined forces with Gemma Doherty from Belfast. While the pair knew each other from the Trinity Orchestra, that didn’t prepare them for the dizzy upwards trajectory they’ve enjoyed since coming together in November 2014.

In the past 12 months, Saint Sister have supported Arcade Fire’s Will Butler and San Fermin, toured with O Emperor and Wyvern Lingo, and were one of the big hits at both the Hard Working Class Heroes and Other Voices festivals. In between all that gigging, they got around to releasing their debut EP Madrid.

The reason for the fuss is down to a strong chemistry between the pair which has produced an atmospheric, melodic sound, blending Doherty’s bewitching electro-acoustic harp and a sweep of ethereal, soulful vocals. You can hear traces of Cocteau Twins, Vashti Bunyan, Karen Dalton and Bat for Lashes in the wash, but Saint Sister are very much following their own stars. saintsisterband.com 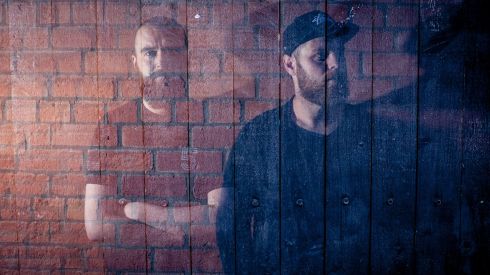 Schmutz
Electronic music likes its makers to come in pairs, and the scene at large is beginning to develop a fondness for Belfast duo Schmutz, aka Conor MacParland and Kristian Woods. The northern city’s house and techno game has always been strong and it’s certainly so at the moment with acts like Bicep and Swoose also making waves.

Over the past few years, MacParland and Woods have been racking up notable releases to showcase their winning blend of techno and house. Releases for such labels as Berlin’s Dirt Crew and Belfast’s Extended Play have spread the word about their prowess when it comes to tracks which can rock a dancefloor.

Away from the studio, the pair have also been busy on the DJ-ing front, moving from residencies in Belfast’s notable clubs and their own Schmutz night to adventures further afield, such as a brace of appearances in Berlin’s Panorama Bar in the past six months. Facebook.com/SchmutzBelfast 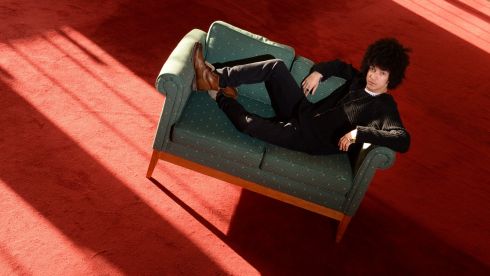 Sample Answer
You won’t forget Maurice O’Connor in a hurry. At last month’s Other Voices in Dingle, the young Dubliner known as Sample Answer wowed many with his laidback style, cheerful, sleepy demeanour and distinctive songs full of strong hooks and melodies. Throw in a killer slo-mo version of Ride On and you’ve a dude born to be on a stage.

There was music in his family before he took up an acoustic guitar – both his parents played in various bands here and in South Africa – so it was inevitable that O’Connor would end up trucking down this road. After quitting the education grind he moved to London a few years ago. O’Connor claims he knew no one when he moved over, but it didn’t take long for gigs and opportunities to come his way.

His debut EP Good Boy is the best place to start with your O’Connor homework. Proud in particular, a track written about his mother, is a lovely blend of acoustic singer-songwriter smarts, urban pop style and savvy songwriter. Going on the live shows, there’s a lot more where that came from. sampleanswer.com 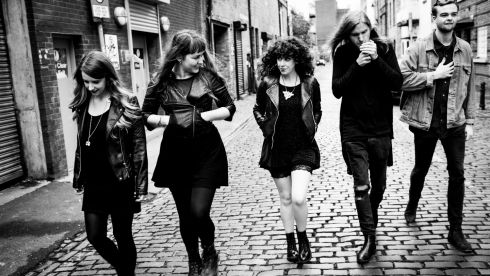 Pleasure Beach
You can always gauge a new band’s buzzability by the company they keep when it comes to support gigs. In the last few weeks of 2015, you could find Pleasure Beach on the same bill as heavyweights like Jape and The Vaccines. The Belfast five-piece only played their first show last June, but the word is well and truly out.

The band met while working in various Belfast coffee shops, though members had previous form in bands such as In An Instant and Yes Cadets. Debut single Go was a significant statement of intent, a rub of big music which came with a pinch of Arcade Fire, a splash of Bruce Springsteen and a dab of Beach House.

Their show at the Hard Working Class Heroes showcase festival in October attracted a lot of record labels so it will be interesting to see where they end up with their debut album. Going on the reaction to those recent shows, it’s not just A&R men who will be queuing up to join their fanclub. pleasurebeachband.com 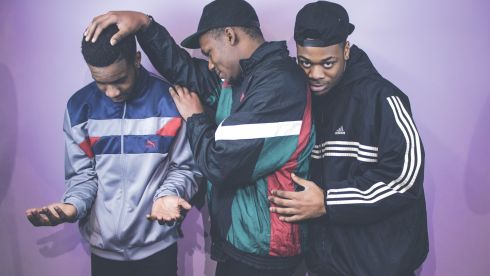 Hare Squead
Hare Squead’s Jessy Rose, Tony Konstone and E-Knock describe themselves as “three black Irish kids making waves” and that’s a pretty good way of describing what they’re about. However, it doesn’t quite get to the nub of just why these kids from Tallaght and Blanchardstown in Dublin, who met while skateboarding in a local park, are one of the most exciting acts around at the moment.

The fuss around the trio has a lot to do with their development to date and potential to come. The band, who emerged in early 2014 with infectious pop tunes and energetic live shows, were definitely something to wow about in terms of their peers and the scene at the time. But with time has come a growing awareness that here is a band who have the skills to write tunes like 23rd Century Love Song which will sound great on both radios and stages.

They’re also a shining example that what passes for Dublin music is now a very broad church. Hare Squead’s masterful blend of soul, hip-hop and pop is a sign of things to come as more and more kids from different backgrounds step up to the microphone. haresquead.com

This spiced pomegranate chicken takes me right back to Greece

Oscars night 2021: No Zoom, no Ferrero Rocher, and less than 864 TikToks long

I fantasise all the time – and almost committed fraud as a result. How can I stop myself?

Covid-19: ‘We have to ask ourselves what acceptable mortality rates are’

‘I turned to Mam and said: Don’t panic, but I have no feeling on my right side’

‘I used to say it was discrimination, but now I realise it’s straightforward racism’

Country garden escape with private fishing in Waterford for €1.1m

Paddy Murray: The new normal doesn’t fill me with joy

I was terrified the day I took the mailboat to Holyhead. But it led to a 36-year-career

Idle away the hours at redesigned Wicklow home with hot tub for €1.6m

Country life in easy reach of Dublin city for €1.2m

Must we pay to move our neighbour’s pipe to facilitate our building work?

Shay Healy obituary: Man of many talents and considerable charm

‘He thought the best of people ... was just interested in people. That’s what got him through’