Paul McKenna: My life was very much a pleasure driven life

The hypnotist and author says he taught others to become thin, confident, smart, rich, but only recently sorted his own life 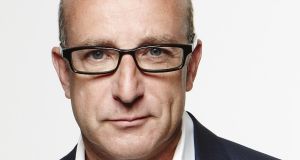 Paul McKenna, hypnotist, behavioural scientist, broadcaster and author of self-help books. “I had big ups and downs in relationships before,” he says. “My life was very much a pleasure-driven life, it was all about the next thing, the next achievement.”

When Paul McKenna veered away from his day job as a radio presenter and began investigating mind matters in the early 1990s, no wonder it was seen as entertainment. The complexities of our brains hadn’t really sunk in to everyday life: “mental health” was barbed in stigma, mindfulness was still in the domain of Buddhists only. McKenna’s name was even brought up when the House of Commons debated if hypnotism was safe, or a type of witchcraft.

Fast forward his years as a stage entertainer and his more serious deep-dives into neuro-linguistic programming, and today we find a self-help expert who has become one of the biggest non-fiction authors in Britain, with sales of more than 12 million books – propelled by annual book releases, usually around January when change is in the air.

Yet also with the benefit of a little hindsight, we might wonder at some of these titles – I Can Make You Thin is the one I pull him up on as he’s readying to board his plane back to Los Angeles, where he now lives. Surprisingly, he’s less defensive about it than expected.

“If I’d called it Be Happy With Your Body, everyone would say: ‘I don’t want to be happy with my body, I want to be thin.’ You have to go to the level at which somebody thinks in order to appeal to them,” he explains, matter-of-factly.

“It was a deliberately bold and outrageous claim. In fact, if you look at self-help books now, they make a whole range of outrageous and bold claims. And I would like to think I was part of the beginning of that genre of self-help books.”

This sets up my impression of McKenna: he talks a mile a minute, has a self-awareness that accepts criticisms at the same time as successes, and is quite the natural at the self-promotion lark – something which we also see in his willingness to align himself with his celebrity friends such as Simon Cowell, Warwick Davis, Ryan Seacrest and Rob Brydon.

All of whom, by no coincidence, guest in his newly-created venture The Positivity Podcast (“I know they’re all men,” he adds. “There’s a whole load of women lined up as well.”

He was teaching people to become thin, confident, smart and rich, but fulfilment in his personal life only came recently. After splitting with his long-term partner and manager, Clare Staples, he was “happily commitmentphobic” until he fell for his PA Kate Davey, whom he married in 2016.

He was a self-saboteur. “I had big ups and downs in relationships before,” he explains. “My life was very much a pleasure-driven life, it was all about the next thing, the next achievement. But I get so much more joy now and real happiness, rather than just pleasure. I feel very happy and fulfilled.”

He is open enough to explain that children are not part of the picture. “We decided not to have children, but we have a Great Dane, and she’s kind of our girl. We might get another dog. Though if we had decided to have children, as long as they had my wife’s looks and brains and not my dance moves, they would be fine.”

With his life change, it follows that his next book, which will be released next year, tackles the subject of relationships. It’s titled Seven Things that Will Make or Break Any Relationship, “but it’s not a list, like ‘honesty’ and ‘communication’, like the rubbish you read in women’s magazines”, he points out.

“It’s actually seven processes, so there are thought experiments that give you insights and make how you deal with people more harmonious. Some of it’s very scientific – it’s about the different ways we process the world. Some of us like to think in pictures, some people think more in sound, some people think more in feelings. For example, if you are with a visual person and you buy them some flowers and they see it, they really appreciate it. Or if you’re a literary person like me, I need to told ‘I really love you’.”

It sounds like Gary Chapman’s Five Love Languages, I suggest.

“It’s very similar. Sorry, it’s not very similar; it’s similar inasmuch as it’s a system whereby you can notice what’s important to the other person, but there is a lot more that goes on in a relationship dynamic,” he replies. “We are continually relating to each other, and that’s always changing, so we’ve got to surf our way through life.”

Before the book is unveiled, he’s out the road for The 3 Things That Will Change Your Destiny Today tour, an interactive show that aims to see patrons leave with the corresponding book, downloadable video sessions, and a stronger sense of empowerment.

“Some people will leave thinking ‘wow, I feel like my life is going to be significantly better’; some people feel, ‘yeah, that was quite good’, some people think, ‘that was interesting’. But the majority of people will feel it’s made a significant difference,” he says.

After years of strenuous touring circuits, these days he handpicks the places he wants to visit, and Dublin is one of five cities on this stint.

“People have got the best sense of humour and I have lots of friends there,. There’s a chap called Mick Devine who drives everybody – he’s a wonderful man. And there’s Michael Flatley too. I haven’t seen him for a little while now but we’re good friends. He’s an amazing guy.”

Given he’s helped Ellen DeGeneres quit smoking and David Walliams swim the channel, has he worked his magic on the lord of the dance too?

“Do you know, with some people, I can’t say if I’ve helped them or not. I can only talk about it if they’ve publicly said it,” he says – and lucky for him, that’s when the airline announces the final call, prising him away from our further inquiry.

The 3 Things That Will Change Your Destiny Today comes to Dublin on February 23rd. For tickets visit mindbodyspirit.co.uk

‘Stick your vaccine up your arse’ – the Covid-19 vaccine, the science and the sceptics
8