I let a rude woman steamroll me. Is it because I’m Irish?

Laura Kennedy: I put her stodgy impression of me above my own principles 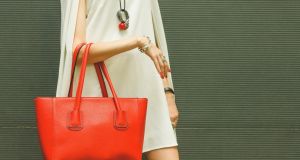 ‘I don’t know why I let the woman steamroll me.’ Photograph: iStock

Marcus Aurelius, one of my favourite Stoic philosophers, noted that “we love ourselves more than other people, but care about their opinion more than our own”. I think about this line quite often, especially when I observe myself behaving in ways that are artificial or inauthentic, solely in response to the people I am around.

Recently, during a conversation with a person I met at a work-related event, I observed myself behaving this way and, even in the moment, wondered why I was doing it. While it is important to attempt to be charitable and circumspect in relation to first impressions – I have learned through experience that almost everyone is far more likable than a bad first impression might suggest – we meet new people all the time and have to take them as they present themselves to us.

I found myself in conversation with a woman in her 30s who, while no doubt deeper than my minutes-long interaction with her might suggest, was rude. Really, she might have been a touch insufferable. She was one of those people who make up in handbag size what they lack in human kindness. She was the sort of person who looks perpetually as though they are failing to tolerate a bad aroma, and who lashes out with tiny stinging comments toward apparently everyone.

After a mutual acquaintance introduced us, she belted out, “You’re shorter than your Twitter profile suggests,” “I don’t like the fact that children can eat at restaurants” and “The cheese in these nibbles is too cheesy,” within the space of about two minutes.

I was thrown, partly because I had not intentionally curated a taller online persona than the disappointing reality of my short form evidently realises, and also because it seems perfectly obvious that there is no such thing as “too cheesy” by any metric, and most people are sympathetic to the fact that children must exist to facilitate the longevity of humankind and, consequently, sometimes have to be seated near you in a restaurant while you enjoy a wholesome luncheon of leaves and dry gin. Children need leaves and dry gin too.

Reader, I told her as much, or rather, I replayed telling her as much on my walk home afterwards. Then I was witty and erudite and explained that one’s appetite for cheese could only logically increase in proportion to the cheesiness of food.

It is likely that Marcus Aurelius occasionally met and had to put up with absolute drips like this woman, but he was mostly occupied with the humdrum work of being a Roman emperor and trying to mould his absolutely awful son Commodus into a responsible young man rather than a wild, atavistic twit.

His words floated through my mind even as this woman was moving on to the always welcome and not at all exhausting or overdone subject of Brexit. Clearly, I did not respect her very much after witnessing her general rudeness to everyone. (She even clicked her fingers at a staff member at the venue where the event was taking place.)

I was not consciously aware of wanting her to like me, and yet I was unsure of how to extricate myself from her company without seeming rude when really, what does it matter? I voluntarily gave this person a small chunk of my finite life because I didn’t feel comfortable telling her that I had no interest in talking to her any more.

There is an element of being female to this, and an element of being Irish, because both are taught with gusto that it is the person who vocalises wrongdoing or weird behaviour, and not the person engaging in it, who is the problem. However, I have a tendency to apologise when other people bump into me on the street, and a general sense in company that I might have little of worth or interest to say. Yet this can and should be unlearned, and it is my own responsibility to unlearn it.

It can be comforting to blame conditioning for whatever we feel unable to do, but it is ultimately an excuse. I let this woman steamroll me because I put her stodgy impression of me above my own principles.

I should have known at “too cheesy”.

Tesla’s next-gen Model X: A frustrating €95k drive – but everyone else will love it
2