Our wedding story: Romance blossoms in the RTÉ newsroom 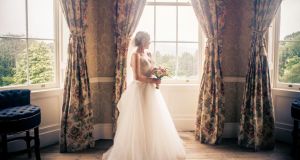 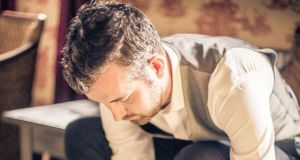 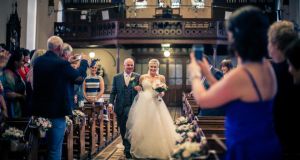 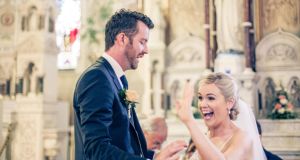 Laura (30), from Shankill and Colm (29), from Cabinteely, met in the RTÉ newsroom where she works as a reporter and he’s a cameraman.

Their first date was a Teddy’s ice-cream and a walk on Dún Laoghaire Pier in July 2009 and Colm proposed in December 2013 with a ring made by Dublin jeweller, Vincent O’Neill. Laura’s wedding band was the final piece made by O’Neill before retiring after more than 40 years in business.

On Wednesday, August 5th, they were married in front of 80 family and friends in the church of the most Holy Rosary, Abbeyleix, Co Laois, with a reception afterwards in Castle Durrow.

As many of their guests had taken several days off work and travelled long distances, the couple broke a few wedding day “rules” in order to maximise their time with everyone and make it the relaxed affair they had both envisioned.

They stayed together the night before and had their professional pictures taken before the ceremony. The bride’s father Joe drove her to the church in her car – he also made place-card holders using branches from his garden – and Colm drove her back afterwards (“a nice opportunity to spend a few minutes together”).

There was no “please be upstanding for the bride and groom” grand entrance and the speeches were 10 minutes long in total.

In place of a top table, the newlyweds had their own “Sweetheart table” for two and also broke with tradition when it came to cutting the cake.

“My mother had put so much work into it that Colm insisted she cut it with me.”

Instead of a first dance – “Colm’s idea of hell” – everyone (waving glowsticks or wearing them in their hair) gathered for a rendition of Higher and Higher played by wedding band Till Death Do Us Party.

Paula Gleeson of Yasmine Lily Florists in Rathfarnham arranged the flowers and the couple were so delighted with her work, they rang her during the reception.

“After weeks of checking the long-range weather forecast, we bit the bullet and cancelled our ice-cream van,” said Laura. “We spent the weekend before the big day scrambling around for dozens of brollies… in August. The weather was awful, as predicted.”

But it didn’t matter for the couple who honeymooned in Greece.

A stand-out memory for the new Mrs Hand? “The drive back, talking about all the great craic we’d had the day before. After seeing everyone off at breakfast the next morning, it was lovely to pack up the car and drive home to start married life together.”