‘My life has been wonderful. I want it back’

Hilary Fannin: A year ago, my friend’s future was bleak but he reclaimed his life 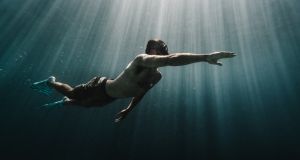 While swimming, my friend was stung by an unseen Portuguese man-of-war. It was strange to see him debilitated: a teacher, a gardener, a homemaker, a walker, he was someone who was never ill. Photograph: Getty

Twelve months ago, at the start of what proved to be an exhausting year for all of us, my friend was on holiday with his family on a small volcanic island, home to banana trees, German hikers and occasional sudden and devastating floods.

Many years ago, he’d renovated a house on the island, and when my sons were younger and financial circumstances allowed, I’d visit him and his wife, my old pal, and we’d all walk together in the rainforest and swim in the briny sea.

Once, when my sons were swimming with him, the sea black as the volcanic sand underfoot, he was stung by an unseen Portuguese man-of-war. He got the children safely out of the water and only later showed us the livid rope-burn markings on his back. He was really quite unwell; we sent him to the doctor.

It was strange to see him debilitated: a teacher, a gardener, a homemaker, a walker, a man who knocked down walls with lump hammers and planted a small forest in the grounds of his rural Irish home, he was someone who was never ill.

Last January, preparing to return to school for his penultimate year of teaching prior to retirement, he felt bone tired. His usual holiday routines had failed to restore him. There was, he said, “no bounce-back”. His son’s partner, a nurse, suggested a blood test.

In the stale, late days of the old year, the afternoon sky was black, the rain biblical, the wind raw, almost as if the season was retching up the last of her bilious poison

The test, in Ireland in mid-January, revealed a problem. The following day, his GP phoned him in class. He took the call in the corridor. The word “leukaemia” made its first appearance.

Within days, he was having further tests. He still had a tan, his wife remembers. Looking around the waiting room of the oncology unit, she thought to herself, “He doesn’t belong here.” But he did.

One week on from the initial blood test, he had a bone marrow biopsy. Leukaemia, he learned, has many levels. He might be lucky, someone said reassuringly, and simply need a tablet a day.

A week after that, in the consultant’s office, that buoyancy aid was entirely punctured. Without aggressive treatment and a stem cell transplant, he was told, he had 30 months to live.

We talked recently about his extraordinary, unprecedented year, in the house of a close friend, where he was recuperating after a long hospitalisation that included aggressive chemotherapy, a prolonged period of isolation and, finally, a stem cell transplant from an anonymous donor.

Prior to being accepted on to the transplant programme, he told me, he was assessed in a brutally honest interview that explored both his physical and mental preparedness. “I was told that, with treatment, I had a 25 per cent chance of a cure. In a calculated mathematical equation, your life comes down to numbers. It was out of my control. All I could do was follow instructions. In a way, I was no longer curious.”

There was no guarantee of a donor match. He went home and there followed a Covid spring and summer, a period of intense isolation at home with his wife, punctuated every three weeks by week-long chemotherapy sessions. Although he was increasingly ill, he described that time as being like a honeymoon, a time for them to be together, living entirely in the moment.

We were talking in the depth of winter. He was lying on a couch under a blue blanket; I was sitting, masked, on the other side of the room. Outside, there was a deluge. In the stale, late days of the old year, the afternoon sky was black, the rain biblical, the wind raw, almost as if the season was retching up the last of her bilious poison.

He doesn’t dwell on his period in isolation, when he was at his sickest, unable to swallow, gagging on toothpaste. At that time, he said, his own skin smelt to him like rancid mashed potatoes.

He has survived thus far, has experienced the glory of walking out of the isolation unit with brand-new plasma coursing through his veins. He has lived to see his wife waiting for him beyond the unit’s heavy double doors.

What do you hope for, I asked him, on the cusp of this new year?

“I was given a death sentence,” he said. “But the transplant has given me a life sentence. It’s early days. If it works. . .” He smiles across the room. “If it doesn’t, I’m back on the egg timer.

“The life I have,” he added, as the storm outside arched and dipped, “has been wonderful. I just want it back.”