If men had periods, tampons would have been made obsolete decades ago 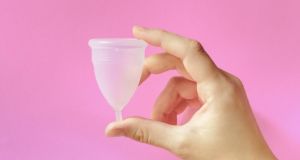 What would happen if men had periods and women did not? If men menstruated, the feminist Gloria Steinem suggested in a famous essay published 40 years ago this month, periods would not be remotely embarrassing. In fact they’d be something to boast about. “Men would brag about how long and how much. Boys would mark the onset of menses, that longed-for proof of manhood, with religious ritual and stag parties.” And, she added, tampons would be free – although “some men would still pay for the prestige of commercial brands” such as John Wayne Tampons or Muhammad Ali’s Rope-a-dope Pads.

I’d go further: if men had periods, tampons would have be made obsolete decades ago, out-engineered by a range of options that are cheaper, smarter, more convenient and less environmentally toxic – and would definitely not involve the threat of a little blue string emerging inconveniently from the side of your swimsuit.

Let’s face it, if men had periods, Elon Musk would have designed a biometric tampon by now. We’d have the Tesla of period products: a chip to be inserted into the vagina to magically mop up the uterine lining while monitoring your fertility and administering regular doses of dopamine. Or Dyson would have invented a product that could just hoover it all up in one convenient whoosh, and would look like a piece of sculpture sitting on your bathroom shelf.

But men don’t get periods, and men mostly don’t care about them. And as most of the people working in health technology are men, the market for sanitary products has barely been disrupted since Lillian Gilbreth, one of the first woman engineers with a PhD in the United States, was recruited to advise Johnson & Johnson on the matter, and suggested it do away with, among other things, rubber bloomers.

All that could finally be changing. Tampax, which is owned by Procter & Gamble, has just brought out its first menstrual cup, a small silicone device, designed in consultation with a woman ob-gyn, that can be worn inside the vagina for up to 12 hours at a time and that, devotees swear, is undetectable once you get used to it.

Procter & Gamble didn’t invent the menstrual cup. The American actor Leona Chalmers patented the first one, in 1937, and the more recognisable of the species, the Mooncup, came out in 2002. But Tampax’s sanitised blue branding and instantly recognisable logo, coupled with P&G’s enormous budgets, are likely to help make cups more mainstream.

This can only be a good thing, not least because tampons and sanitary pads devastate the environment. The average woman will use about 11,000 disposable products in her lifetime, most of them ending up in the sea, where plastic particles get into the bellies of marine life and destroy aquatic ecosystems. And then there is all the wasteful packaging that goes to landfill: the ridiculous nonbiodegradable plastic applicators and the colourful shiny wrappers designed to... what, exactly? Avoid offending the eyes of rogue male bag thieves? Give your children an opportunity to embarrass you by loudly asking if they can have one of “those sweets” you always seem to be carrying around?

The cup is a more environmentally friendly alternative than either the tampon or the pad, but it is not cheap. A Tampax Cup starter kit, which isn’t yet available outside the US, is going on sale at $54, or about €47.50, which seems like a lot of money for two small bits of silicone, a carrying case and a handful of wipes. Mooncups are a more reasonable €32, including delivery.

But when brand-name sanitary products cost up to €5 a pack, and the average woman spends €132 a year managing her period, cups do offer better value. (Tampax says its cup should be replaced once a year, although other brands say they last for years.)

Other innovations include so-called periodproof underwear, big, sensible knickers usually made of something like bamboo and merino wool, which promise to lock it all away without the inconvenience of using a tampon or a pad. Honestly, though, the idea seems too resonant of cloth nappies for me.

Yes, one woman has run a marathon with blood flowing freely down her legs. But that is still rare enough to be a headline-grabbing incident

If you got your first period the year Steinem’s essay was published you’d probably be through the menopause by now. An entire lifetime, in fertility terms, has passed, and we still mostly prefer to pretend periods don’t happen. Yes, tampon ads have moved on from using blue water to demonstrate their efficacy. And, yes, some women – or one woman, anyway – has run a marathon with blood flowing freely down her legs. Last summer a British MP, Danielle Rowley, even told her colleagues in the House of Commons that she had her period. But these are still rare enough to be headline-grabbing incidents.

For most of us periods remain, at best, a monthly hassle; at worst they’re an expense we just can’t afford. There are initiatives to help those most in need, including the brilliant Dublin-based Homeless Period Ireland, which collects sanitary products for donation to the homeless. In Scotland, where surveys show that almost half of girls have resorted to using alternatives such as toilet roll, socks or newspapers, the government has just started providing free tampons to all students.

If the Tampax Cup makes periods more affordable and more sustainable, and cups more mainstream, it’s a step in the right direction. The politics and practicalities of periods are changing, but too slowly. The truth is we haven’t come all that far since the days when Lillian Gilbreth decided women deserved better than the rubber bloomer.