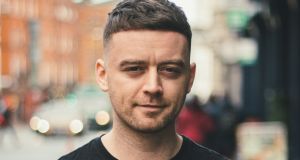 Sean Bryan is the owner of Cut & Sew, a group of barbershops in Dublin. He also recently launched Cut & Sew beer.

There have been a couple. In business, I would have to say being screwed over by people who you have helped and looked after. Not everyone is like this, but there are a few out there. People had told me this happens a lot, but to actually witness it firsthand was a bit much at times. I have seen it break people and destroy businesses. I see it as a new way to motivate myself and to do better.

I got into trouble years ago for graffiti. I received a a hefty fine and a suspended sentence. I was a teenager expressing myself, usually tagging on dilapidated buildings, and the authorities caught up with me, leading to a fine, a suspended sentence and community service and youth work.

Aim for Ireland! Never settle for anything less than what you truly believe you deserve. Trust yourself, and your gut instinct.

And the worst advice?

“Don’t get too big.” A guy told me “not to expand”, saying it wouldn’t work. But just because it didn’t for him, didn’t mean it wouldn’t for me. I had nothing to begin with when I opened a pop-up shop in a dingy basement.

What’s the moment that changed your life?

The moment I received my first return customer, or regular. To go from a pop-up shop with a mirror nailed to the wall, to now having three prime locations in Dublin blows my mind. I’ve always done my work to the best of my ability, and I treat everyone like a VIP, not just the rockstars and sports stars that come in.

My mam. She is the rock in my family. She’s a mother of six who has done an amazing job at raising her boys. She’s a true warrior and she takes no s***! She has worked multiple jobs, and is so generous. She now works at Cut & Sew, and we couldn’t do what we do without her. I bring her away at least once or twice a year, and one day I hope to be able to buy her a house. My dad is also a legend and always worked hard. I owe them a lot.

What’s the most pain you’ve ever experienced?

Probably the first time I was dumped. That three-week relationship taught me valuable lessons.

Who is the biggest influence on your career?

My friends and the people I grew up with. Number one is Dec Lennon, aka the musician Krystal Klear. We both grew up together through our graffiti days. He is such a hard-working man, and I use several of his daily routines to this day, which have helped me. He has brought so many smiles to me and people all around the world with his tunes. I’ve seen how tough his creative process is, and I see his success knowing the sacrifices he has made.

Also the artist Maser. Not many people know this, but he helped me out financially years ago to pay that graffiti fine. His work has a daily visual impact on Dublin, and he brightens up people’s days with his amazing murals and installations.

What practical thing do you do to help your personal development?

I try to look after myself a lot more these days; gym, better food, supplements. I spend more time investing in people who have a positive impact on my mood and wellbeing, so meeting up with those people really helps me.

Where do you return to for a sense of calm?

Glendalough. I spend two to four hours of pure calmness there, clearing my head and working up a sweat. I live in Temple Bar, so it’s strange for me to walk around the Wicklow mountains with no distractions.

I’m addicted to my phone.

What would you friends say is your most dominant trait?

Positivity and being supportive. If you’re part of my close circle, which is very small, I’m going to be devoted to helping you in every way possible, and be someone to listen to you if you’re going through hard times.

Do you have an unfulfilled goal?

I want to build my own house from scratch.

What are you most proud of?

Cut & Sew and what it has become. I left school after third year with no idea what I was going to do with the rest of my life. I’ve been working since I was 13.

Sean Bryan is the owner of Cut & Sew, a group of barbershops in Dublin. He also recently launched Cut & Sew beer.

‘I make myself small and stay quiet’: Experiences of racism in Ireland
6