How to survive Christmas with a difficult family 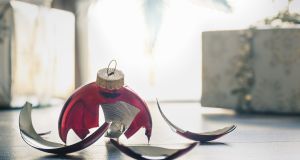 It is dubbed the most wonderful time of the year – but not for everybody. Christmas can be a time of joy and happiness for many, but what about those who come from dysfunctional, difficult or toxic families?

Families with difficult members or strained relationships can be impacted by challenging behaviour, bullying, addiction and long-standing family feuds, among other issues. In some families, difficult relationships can lead to estrangement, where members of the family have no contact at all. So Christmas can be particularly difficult in these circumstances.

Deirdre Madden, a Dublin-based psychotherapist, says that Christmas can evoke feelings of “dread and anxiety” for people with difficult families, as it should be a time of togetherness and belonging.

“Home should be a place of comfort and security, and to think about returning to a toxic environment can be difficult,” Madden says. “It can bring up a lot of feelings of loneliness and sadness, because Christmas can highlight the loss of the ideal family and the relationships that aren’t perfect. It can stir up feelings of isolation because there might be a reluctance to return home, and there might be an expectation to return home as well. People might feel conflicted but quite adrift, not really knowing what to do and where they’re going to be. Making plans around Christmas Day can make people in these circumstances feel a bit lost.

“People can feel a sense of obligation to go home because they should be with their family, but they may not want to, so there may be feelings of guilt when they decide not to.”

This is the experience of James*, a young man in his early 20s. He has decided not to return to the family home for the first time this Christmas due to difficult relationships at home. He says he is “not close” to his family and that he doesn’t enjoy spending time with them. When he is at home, he tries to “fly under the radar and do small jobs to help” but avoids striking up conversations.

“I just tend to do what I’m asked and not kick up a fuss,” he says.

“Christmas Day is particularly uncomfortable as my parents have been separated for 15 years, and it is not a secret that my mother and grandparents don’t like my father. The day is spent feeling like I’m walking on eggshells or being hyper vigilant of anything said in conversation between my father and my mother’s family that would spark an argument.”

A lot of us fall back into the old family dynamics, even after we’re out of the family for a long time

He also says that the tension in his family home is exacerbated by his family not understanding his lack of religious faith or his sexual orientation.

Stella O’Malley is a psychotherapist practicing in Dublin, and she says that the pressure and the expectation surrounding Christmas is “very bad for our happiness and wellbeing”.

She also says that Christmas is challenging for people who come from dysfunctional families because it can mean returning to the family home where they may have been mistreated.

“There’s the heightened expectation and the emphasis on trying to be happy combined with revisiting family who are difficult, who, during the year, you wouldn’t be meeting them because they’re hard work. You meet them once a year, and that’s at the time when you’re supposed to be having the best fun. It’s a laughably bad situation. It couldn’t be worse, all that expectation and also meeting all the people you don’t get on well with,” she says.

O’Malley strongly advises that people with dysfunctional or challenging families plan their Christmas in advance.

“Don’t just say, ‘ah we’ll see how it goes, I hope it’ll be okay.’ You have to be a bit more proactive, along the lines of, ‘my brother is going to be there and we never get on, there’s going to be war over dinner. This is what I’m going to do.’ Plan and anticipate – where will the problems be?

“They also say with difficult people that if you can manage the dose you’ll be okay, so if you are going to have Christmas with somebody who is very difficult, you have to give yourself breaks. You have to say, ‘I’ll go out and do that walk in the morning or that swim’. Get out of the house, because when you’re there all day it’s fine at 10am, but by 6pm there’s war. Have a proactive approach for how you’re going to get out, so it’s quite definite that you’re going to remove yourself from the intensity of the house.”

Addiction is also a major issue at Christmas, and people who have alcoholics or drug addicts in their families might struggle with difficult behaviour. O’Malley says that it is important to set boundaries for yourself, and put in place a plan to get away if you need to.

“Addiction is a huge one around Christmas, and if you know it’s going to rear its head, you have to think, ‘do I go to bed before 10 o’clock, do I make sure I get out of the room before I get very distressed? Or do I make a decision that if somebody reaches a certain level of intoxication, do I leave and do I have an excuse?’ You might say you have a raging headache and have to bring the kids home. If you have something as serious as that, where you have to remove the kids if it gets dodgy, go quickly. If it’s a lengthy goodbye it’s just horrendously dramatic on everybody because the intoxicated person makes a big deal of it.”

O’Malley is also keen to remind people that they are not obliged to spend Christmas with difficult people with whom their relationships have become toxic.

“You can say no,” she says. “I’m really all for that sort of thinking, which is actually just choosing to go for a different Christmas for yourself as opposed to trying to change the traditional family Christmas that they’ll all be obsessed about.”

Jessica* is an example of somebody who has learned how to spend Christmas alone. After a traumatic upbringing, in which she was sexually abused by both parents, she left home when she was 17 years old. She has had no contact with her parents ever since.

Now 42, Jessica concedes that Christmas “isn’t easy”, but also says that she has learned how to have Christmas for herself.

“It has been okay when I’ve been in relationships, although even then, I have had to contend with people’s pity, and have had to explain to more people more of my personal history than I feel comfortable with,” she says. “The difficult Christmas conversations start when people undermine the lovely home I’ve created for myself by starting to ask, from about November onwards, ‘where’s home?’ and ‘when are you heading back home for Christmas?’ I can choose to lie, or turn an innocuous conversation into an uncomfortable one by starting to explain the truth.”

Jessica says that her worst Christmases have been when she has been alone in the house and been able to hear neighbours celebrating with family, or when she has spent Christmas with other families.

“Since my childhood Christmases were marred with abuse, and my current Christmases are not spent as I might have hoped. It’s not easy for me to maintain the joy of the season – I sometimes need to have a little cry because, well, the circumstances are sad,” she says.

Becca Bland is chief executive of a UK agency called Stand Alone, which is dedicated to supporting people who are estranged from their families. They published a report in 2015 which found that 90 per cent of people who were estranged from family said Christmas was a challenging time for them.

“A lot of the marketing and Christmas adverts that we see at this time of year show a very close, happy, unconditionally loving family in a very cosy setting,” Bland says. “Very few family interactions at Christmas actually play out that way.”

Bland’s advice, and the advice of Stand Alone for estranged people at Christmas, is to reclaim the festive season and “make it a time for you”.

“It’s okay to have a family that doesn’t look and feel like the perfect family that you see at Christmas, and that’s what we try to emphasise, to take the shame off people. It’s wise to remember that not everybody spends Christmas with family.”