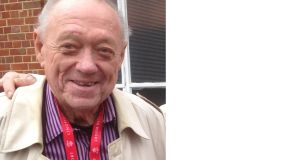 Herb Stanley: his expertise in the mining industry was invaluable

One day short of his 82nd birthday, Herb Stanley died at his home in Loughrea, Co Galway, on January 3rd. Born in Carleton Place, near Ottawa, Canada, on January 4th, 1937, Herb came to Ireland in the early 1960s to work on the exploration of the Tynagh zinc, lead and silver mine in east Co Galway. His expertise in the mining industry was invaluable in that regard, as there was limited availability of advanced mineral drilling technology in Ireland at that time.

In the mid-1960s, Herb founded his own company, Irish Drilling Ltd (IDL). Based in Loughrea, Co Galway, IDL has gone on to provide mineral exploration drilling services to companies active in Ireland, the UK and France. IDL has been involved in the discovery and delineation of almost every mineral deposit and mine on the island of Ireland, including gold, base metals and industrial minerals.

In the 1980s, IDL extended its services to include site investigation drilling and laboratory testing services for a wide range of infrastructure developments in Ireland, including motorways, wind farms and the onshore and offshore elements of the Corrib Gas Field. IDL remains a significant employer in Galway; many of the staff have been with the company for decades.

IDL is now managed by Herb’s son-in-law Ronan Killeen and his fellow director Declan Joyce, both chartered Engineers. Herb served as chairman and was until recently still active in the affairs of the company.

Herb was also a founding shareholder in several mineral exploration companies in Ireland and in Canada, including Jamex, New Sabina, and Dungannon.

In 1987, the Irish interests of these companies were combined to form Celtic Gold Plc, which listed in Dublin and London and was later taken over by a UK insurance group.

Herb maintained a keen interest in the sector, often supplying drilling services and accepting shares as payment, a strategy that was often very successful.

On the occasion of Herb’s 80th birthday, Koen Verbruggen, the director of Geological Survey Ireland, commented that the Tynagh Mine which Herb Stanley helped delineate was the foundation of the modern Irish mining industry and that the development of Irish Drilling Ltd is a great example of community gain and of the multiplier effect arising from mining.

Herb’s other interests included ownership of several successful racehorses(National Hunt and flat). Among these were Deep Idol, Merry Gale, Derrymoyle and more recently Captain Joy. He also owned a horse called Celtic Gold; Herb commented that like the company of the same name, it showed well from time to time, but was never a winner!

Herb was deeply involved in the social life of Loughrea, being a member of Loughrea Golf Club, Lions and Loughrea Rugby Club. He was also a founding member and promoter of the Galway Bay Golf and Country Club.

Herb married Emily Brady from Loughrea in 1963 and has been based there ever since.

He is survived by his two daughters Lillian and Avril; son-in-law Ronan Killeen and Shantanu; grandchildren Caimin, Tiernan, Cullen and Jarah; and by his twin Hannah and sister Lillian.

I had the pleasure of knowing Herb for over 40 years and working with him for 10 of these years. I am not alone in having found him to be astute, fair, honest, loyal and that his many successes left him unchanged; his essential simplicity, good humour and zest for life were never dimmed. He was big in heart and in character and he made his mark.

Some get up early to go to the gym, others because they slept in a doorway
2

TikTok boom: The app exploding in popularity among Irish teenagers
3

Perfect chicken schnitzel: it’s all in the breadcrumbs
Real news has value SUBSCRIBE