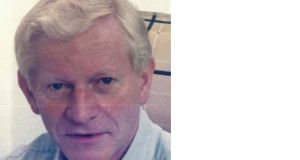 Fr Denis Ryan: served as a priest of the Dublin archdiocese for more than 40 years

Fr Denis Ryan, who died on the third day of the new year, had served as a priest of the Dublin archdiocese for more than 40 years, during which time he greatly endeared himself to congregations in a number of parishes across the city. Years after he had moved on from earlier postings, parishioners would recall the humanity, the spirituality and, it should be said, the brevity of his sermons, sometimes laced with a touch of dry wit.

Born in Dublin in 1934, he attended O’Connell School. The Ryans were secure farming stock from around Borrisoleigh so he had close links with Tipperary.

His vocation to the priesthood led him first to Mount St Joseph Abbey, near Roscrea, and the Order of the Cistercians of the Strict Observance (OCSO). Ordained in 1961, he took the name of Cataldus, or Cathal, the seventh-century Irish monk of Lismore, born in what is now north Tipperary and venerated widely in southern Italy.

In 1976, however, he applied to minister in the Dublin archdiocese. He was first assigned to the Rathfarnham parish, later serving in Larkhill and Donnybrook. In 1996 he became parish priest of St Jude’s, Templeogue, where he worked until retirement. St Jude’s was perhaps the happiest and most fulfilling assignment of his ministry. He was a natural-born organiser and innovator and he enjoyed developing an expanding parish. He was also a motivator and leader, skilfully harnessing the energies of the laity in an open partnership approach.

He delighted in the company of his parishioners. Many recall his enthusiasm and happiness on the occasions that he accompanied them on holiday visits to Italy. His knowledge of history, his deep spirituality and his appreciation of a good glass of wine in the evening made him the perfect chaplain and companion.

His decision to relinquish the contemplative life but to continue in the priesthood reflects the complexity and the integrity of the man. He taught Latin and Irish at the boarding school close to the Abbey. Characteristically, he threw himself into the life of the school, managing the house magazine, The Vexillum, and founding The Roscrea Review. In 1965, he commissioned an eager schoolboy to pen a report on the highlights of the academic year for the Review, unknowingly giving a future editor of The Irish Times his first paid, journalistic assignment.

But he was uneasy with what he saw as the cautious conservatism of the Cistercians, as the wider church embraced aggiornamento following Vatican II.

His abbot, Dom Colmcille O’Toole, arranged for him to enrol at the Gregorian University, perhaps hoping it would offer Cataldus a necessary stimulus and challenge. Rome honed his keen intellect, broadened his horizons, stimulated his curiosity and imbued him with a love of travel. But none of it undermined his commitment to his vocation as a priest.

His views on the role and future of the church were radical. The old church is dying, he often argued, adding, “it can’t happen fast enough”. There would be a new church, he believed, centred, like the early Christian communities, on a wholly empowered laity.

He was an avid reader, from Victorian fiction to advanced theology. He greatly enjoyed the “Bookworms” book club where he met friends, enjoying verbal jousting and good conversation. In latter years he lived in the good care of the Newtownpark House Nursing Home in Dublin. He passed away, with the spiritual support of classmate Fr Tom O’Keefe PE, Cabinteely, on January 3rd, attended by his loving family and his good friend of many years, Gay McCarthy.

If the bank valuation drops on a house we want to buy, will the seller negotiate on price?
Real news has value SUBSCRIBE