Furniture designer and architect Eileen Gray died nearly 40 years ago but is back with us in a big way: a new book, film and TV special are all devoted to the life and work of the Irish woman who pioneered the Modern Movement

Brownswood House, a 19th-century estate in Enniscorthy, Co Wexford, and No 21 Rue Bonaparte in Paris’s Latin Quarter share one thing in common – Eileen Gray. The renowned Anglo-Irish designer, artist and self-taught architect was born in the former in 1878 and died in the latter, 98 years later, in 1976.

Gray spent most of her life in France but she remained proudly Irish and returned to this country on several occasions. She was keen in her later years, for instance, to have her carpets made in Ireland.

A cult figure among those who collect her work, Gray is best known for her lacquer work, her steel and glass furniture, and especially for E1027, her modernist villa on the Cote d’Azur, which, after years of neglect and ownership difficulties, is currently being restored. Her celebrated Dragon Chair, owned by Yves St Laurent and Pierre Berge, broke records for a 20th-century decorative artwork when it sold at auction for €21 million in 2009. 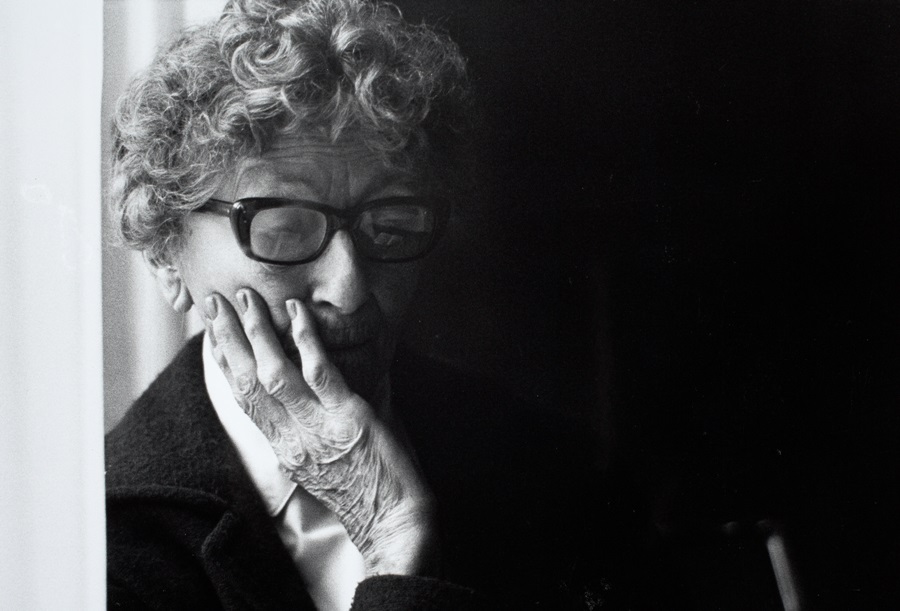 In a comprehensive new book, Jennifer Goff, furniture curator at Collins Barracks in Dublin, examines Gray’s early years as an artist and the world that shaped her. Goff explores her lengthy, logical and meticulous approach to everything that Gray designed, as well as the literary and artistic milieu circles in which she moved.

Gray must have cut quite a figure in Paris at the height of her career – driving a convertible, dressed in Poiret and Lanvin, with her then lover, the famous singer and actor Damia (née Marie-Louise Damien) beside her, and Damia’s pet panther in the back.

“Eccentric. Nonconformist. A perfectionist. She also suffered very badly from self-doubt. And everything about her was an enigma,” says Goff, who spent 10 years researching the book.

Eileen Gray: Her Work and Her World started life as a PhD thesis. It's lavishly illustrated with previously unpublished photographs of Gray's work and many of her family and her friends.

“People get obsessed with her,” Goff says. “Both in her private life and work she was able to engage with all our sensibilities. She has become my life’s work – but my journey with her has not ended.”

There are many shades of Gray on the horizon. Goff’s book comes as documentary on the designer’s complicated life and career by Marco Orsini will be broadcast on RTÉ on December 2nd.

Mary McGuckian's movie on Gray, The Price of Desire, is due to premiere in February, and a major exhibition at the Bard Centre in New York, in association with the National Museum of Ireland and the Pompidou Centre, is planned for early 2016.

Gray’s family history was unconventional, and on her mother’s side there were Scottish ancestors with connections to King James V. The book has many photographs of her early family life in Wexford; one, of her at 19, shows a striking and fashionable young woman, a few years before she became one of the first female students at the Slade in London. The friendships she formed at the Slade would influence her artistic sensibilities and her thinking for years to come.

The artists Wyndham Lewis, Gerald Festus Kelly, Kathleen Bruce and Jessie Gavin moved with her to Paris in 1902. Kelly introducing her to Rodin, the actress Eleonora Duse, and the controversial occultist Aleister Crowley, to whom Gray became briefly engaged.

Other figures who used to meet Gray in the Chat Blanc, a popular cafe restaurant in Montparnasse, were Clive Bell, Somerset Maugham, Gertrude Stein, Irish artists Roderic O’Connor and John Lavery, and the writer and artist Stephen Haweis.

The latter came from a similar background to Gray, and he continued to have a lifelong influence on her work, according to Goff. His memoirs are a graphic account of life in Paris in the early 1900s.

Haweis was known for his eccentric personality. The Irish painter Paul Henry said he looked like a Florentine page with a long string of amber beads around his neck or a green live snake – “which caused much commotion in the studio when it wandered among the easels”.

Haweis once said of Gray that she had the most perfect shoulders, but when he married another beauty (Mina Loy), Gray became inconsequential and their lives went in separate directions.

During these formative years, when Paris was the artistic centre of avant garde movements such as Fauvism, Cubism, Futurism, De Stijl and Surrealism, Gray met many artists, writers, sculptors, theorists and philosophers who would have a profound influence on her developing ideas.

Gray had a long-standing interest in theatre design, for example, and believed in low-cost, mass-produced social housing and affordable furniture. She kept a visual photographic anthology of her furniture, interiors and architecture, worked on sculptural heads, and throughout her life kept abreast of contemporary art movements.

The development of Gray's lacquer work caught the attention of the beau monde in Paris. Fashion designers such as Doucet, who was also a patron of the arts, commissioned many pieces. Her shop, called Jean Desert, displayed her furniture, furnishings and carpets and attracted a distinguished clientele – Ezra Pound, James Joyce, René Clair, Elsa Schiaparelli, Silvia Beach, Gerald Murphy, the Rothschilds, Nancy Cunard and many others.

Around this time, Gray developed her carpet portfolio and, encouraged by Le Corbusier, designed the villa E1027 with her lover, the Romanian architect Jean Badovici. The furniture that incorporated her ethos of the camping style: lightweight, portable, flexible. Pieces such as the Bibendum chair based on the Michelin Man, the Nonconformist Chair and the famous adjustable table in tubular steel also date from this period.

Among the hundreds of architectural projects that Gray considered but never realised was a stage design for a play called The Irish Epic, based on Irish myths.

Her minimalist second house, Tempe à Pailla, begun in 1934 near Menton, was influenced by the German architect Eric Mendelsohn, whom Gray met in Berlin.

During the second World War, Gray was forced to move. The house was looted and most of her possessions destroyed. It was later restored and she eventually sold it in 1955 to the artist Graham Sutherland.

She then to work on another house, Lou Pérou, near St Tropez. Gray called it a little cabanon, or shed, and she was very proud of it.

Towards the end of her life, Gray became something of a recluse and virtually unknown. Her closest relationship was with her niece, the artist Prunella Clough – “the daughter she never had” according to Goff. Clough was also intensively private, but . later helped to re-establish her aunt’s reputation and her work.

Gray also renewed her friendship with Stephen Haweis, who was then living in some penury in Dominica. Their surviving letters reveal a personal relationship that was very important to her.

“Dear Stephen. I wish you joy and lightness of heart . . . though like so many what you have gone through may have left a bitterness. My past life has, too, but I have put it behind me.”

Eileen Gray died of lung cancer on October 31st, 1976 and was buried in Père Lachaise Cemetery in Paris.

Eileen Gray: Her Work and Her World, by Jennifer Goff, is published on December 10th by Irish Academic Press in association with the National Museum of Ireland