Economist and diplomat who lived life to full 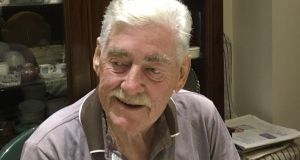 Bernard Davenport: while working at the United Nations in New York he acquired a working knowledge of Russian so he could read Dostoyevsky in the original.

Bernard Davenport had a life many people would have killed for. A very talented soccer player in his schooldays in 1950s Dublin, he got a trial with Manchester United and could conceivably have gone on to become a legendary Irish player.

But Davenport, who has died aged 78, became, instead, a much-prized economist with the Dublin section of The Economist’s Economic Intelligence Unit (EIU), then supervised by Garret FitzGerald and, thereafter, from 1968, one of the most respected Irish diplomats of his generation.

Unusually for someone from an Irish Catholic background of the time, he had the strong-mindedness to ignore the-then ban imposed by the Archbishop of Dublin, Dr John Charles McQuaid, on members of his flock attending Trinity College Dublin, from which he graduated in 1963 with an honours BA in economics and politics, followed by an MA in economics, after which he joined the EIU in 1965. FitzGerald valued his talents and expressed dismay when Davenport left to join the Department of Foreign Affairs in 1968 as a third secretary.

Davenport’s time in Trinity, which had been preceded by a year studying mathematics at Bolton Street College of Technology, now part of the Dublin Institute of Technology, was propitious for a wholly different reason than academic achievement: while in his third year there, in the summer of 1962, he met a visiting Italian exchange student, Fiamma Alfami from Florence, and within 48 hours had proposed to her. They married the following year, and went on to have three children in an especially happy union.

Fiamma Davenport’s nationality was significant for what turned out to be an especially challenging posting for Davenport to Buenos Aires, where he was ambassador for a record seven years from 1989, and where there has always been a large Italian émigré population. On St Patrick’s Day 1992, an hour and a half after he had left the embassy building to attend Irish community functions, a truck-load of explosives was driven into the Israeli embassy, located immediately around the corner. The interior of the Irish Embassy was wrecked in the subsequent explosion and for the next year the chancellery had to operate from a suite of rooms at an aparthotel.

Davenport attempted to get compensation from the Argentine authorities, without success.

Before this ambassadorial posting, Davenport had made at least two very significant contributions, at the United Nations in New York, where he was counsellor from 1978 to 1983, and upon his return to Dublin in January of that year to work in the highly sensitive Anglo-Irish Division (AID).

In New York, where he acquired a working knowledge of Russian so he could read Dostoyevsky in the original, Davenport became – in the words of former Irish ambassador to the UK and close working colleague Dáithí O’Ceallaigh – very friendly with the Finnish diplomat Martti Ahtissaari, then deputy secretary general of the UN and later president of Finland in the 1990s.

This was to bear fruit years later when Ahtissaari was instrumental in getting former Finnish prime minister Harri Holkeri to be part of the three-man body, with US senator George Mitchell and retired Canadian general Jean de Chastellain, in the crucial negotiations with paramilitaries and politicians from both sides in Northern Ireland which paved the way for the Belfast Agreement in 1998.

In Dublin, from January 1983 Davenport became what another former colleague who worked with him in the AID described as “one of the key people who built towards the agreement”, a process that brought him back into the orbit of Garret FitzGerald, by then taoiseach.

Dáithí O’Ceallaigh says Davenport was “the only person in the [AID] with serious UN experience”, adding that, as such, he [Davenport] knew “it was very important that the agreement be lodged with the UN as an international treaty. He was also heavily involved with [drafting] the text of the agreement to ensure it was compatible with international treaties.”

After his work at the AID, Davenport spent two years at the Irish Embassy in Washington DC, before being appointed to Argentina, where he had previously served as third secretary in the early 1970s for three years. Thereafter, he was Irish ambassador to Switzerland, with accreditation to Croatia and Bosnia-Herzogovina in the late 1990s after the chaotic break-up of Yugoslavia in that period, and finally to the Holy See, where he was renowned for facilitating Irish pilgrims at getting good seats at papal audiences, again, according to a former colleague.

A fluent Spanish speaker, he spoke also fluent Italian and French and what his son, the noted travel writer Fionn Davenport, describes as “beautiful” Irish. Each of his former colleagues to whom The Irish Times spoke on the subject stressed his intellectual brilliance, his pleasantness as a colleague and his deep patriotism. As his former AID colleague said of him: “Bernard was a learned intellectual, deeply committed to Ireland as a nationalist in the best sense.”

Bernard Davenport was born in Dublin, one of two children of Seamus Davenport, a native of Kinvara, Co Galway, and Julia (nee O’Meara) from Nenagh, Co Tipperary, a homemaker. He is survived by his widow, and his sons, Fionn and Giuliano, and his daughter, Fiammetta. His sister, Maura Davis, predeceased him.