Cork theologian and lecturer who went to missions in Kenya 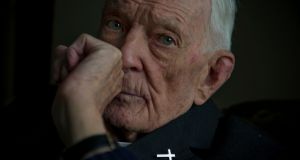 Fr James Good: was the only Irish priest to disagree publicly in 1968 with Blessed Pope Paul VI’s condemnation of the use by married couples of “artificial” contraceptives. Photograph: Michael Mac Sweeney/Provision

Fr James Good, theologian and philosopher, who has died in his native Cork, aged 94, was the only Irish priest to disagree publicly in 1968 with Blessed Pope Paul VI’s condemnation of the use by married couples of “artificial” contraceptives. For this, he was suspended from preaching and saying Mass by his bishop, Cornelius (Connie) Lucey.

Lucey described Good as “a man of firm views once his mind was made up”. This was a reference to how Fr Jim was persuaded by the majority view of a papal commission investigating birth control that natural law arguments cited by Pope Pius XI in his 1930 encyclical, Castii Conubii, were no longer tenable. This argument was rejected by Paul, who upheld the minority opinion favouring no change.

As Fr Jim’s own days were closing, he wrote: “I thank God for having had what was probably the most varied life a priest could have.” His archives, which includes correspondence since the 1970s with Catholic activist Stephanie Walsh and theologian Hans Kung, will be lodged with University College, Cork.

He was born on February 4th, 1924, in Cork’s Nicholas Street. His parents, Thomas Good and Margaret Penney, were working class with relatives in the Fenian movement and later with Éamon de Valera in the Civil War. His sister Mary, a teacher, died in 2002.

He was educated by Presentation Sisters and Christian Brothers. A cousin showed him an advert for a scholarship to the diocesan seminary of St Finbarr’s, Farranferris, which he duly won. Instead, Bishop Daniel Cohalan allocated him a free place to St Patrick’s College, Maynooth. He acquired a BA in ancient classics and a bachelor of divinity, and was ordained in June 1948. Halfway through his course, he told Cohalan he wanted to join the Society of African Missions. Cohalan told him to stay on in Maynooth. However, on ordination day, Cohalan murmured, “Go away and do theology.”

Two years of “not too stressful” post-graduate study at Dunboyne House resulted in a doctorate in divinity and an appointment to teach at Vincentian-run All-Hallows College in Dublin’s leafy Drumcondra. When his three-year secondment was up, Cohalan’s successor, Lucey, ordered Good to study philosophy at Innsbruck University. On the day he sailed to Fishguard on the Innisfallen mailboat, he received word that his mother had died suddenly. He rushed home. “This put a bit of a damper on my year,” he recalled.

By June 1954, he completed his PhD and was appointed to UCC’s new post of lecturer in general philosophy, the brainchild of Dr Alfred O’Rahilly to give laity access to philosophy. In 1970 UCC offered a higher diploma in education at Limerick’s Mary Immaculate College and he was appointed director, lecturing also in medical ethics.

Invited by the Redemptorists to live in their house, he was given accommodation in a luxury corridor and was treated as a member of the community. “It was only when other non-Redemptorists joined me that I realised that this was a project to ‘protect’ and care for would-be troublemakers. I promptly named our quarters ‘the Psychiatric Corridor’.”

This idyllic period ended in 1975 with Good’s voluntary move as a missionary to Kenya’s Turkana desert, where he became an influential figure promoting Vatican II reforms but lamenting at the lack of authority of Kenyan bishops to refuse the ordination of unsuitable seminarians openly flaunting celibacy. To his surprise, in 1980, the now retired Lucey joined him. They worked harmoniously. On one occasion, Good “panicked” during Mass in Lorogumu when six bare-breasted ladies danced to the altar. To Good’s surprise, Lucey described them as “very beautiful”. When Lucey was dying from leukaemia in 1982, Good brought him home to Cork to die. He himself returned to Cork in 1999, settling in Douglas. Neighbours Rachel Gordon and Brendan McGuire visited him daily, doing his shopping. His hobbies were collecting coins and fixing clocks and watches for sending to Turkana. He was looking forward to celebrating 70 years of priesthood in June. However, he died on February 4th, his 94th birthday, after a fall. Truly a Pastor Bonus.