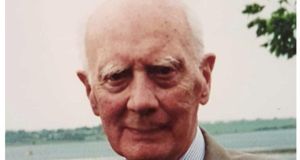 Conor Gilligan: during the Troubles, he treated the injured with compassion, whatever their background or the circumstances in which they were injured

Conor Gilligan made an outstanding contribution to Northern society as a medical professional and campaigner for social justice. As a young doctor working in England and Belfast in the 1960s he developed a strong sense of justice and equality, and was interested in the welfare of people who did not have his advantages in life.

Where wrongs were to be righted, he hoped such could be done peacefully and by agreement. Thus he was a founder and treasurer of the Campaign for Social Justice established in the mid-1960s by Patricia McCluskey with her husband, Dr Conn McCluskey.

He was one of the last surviving members of the organisation which was established for “the purpose of bringing the light of publicity to bear on the discrimination which exists in our community against the Catholic section of that community representing more than one-third of the total population”.

The work of the group to document discrimination paved the way for the establishment of the Northern Ireland Civil Rights Association in 1967.

When the Troubles subsequently erupted in 1969 Gilligan quickly found himself dealing with the consequences. The Mater Hospital – where he worked – was situated in north Belfast and Gilligan and his fellow surgeons quickly learned to deal with gunshot and blast injuries. He treated the injured with compassion, whatever their background or the circumstances in which they were injured.

Conor John Gilligan was born in May 1922 near the top of Belfast’s Falls Road, third child of a family of three boys and a girl to John Gilligan, managing director of a wine and spirit importer, and his wife Mary (née Clarke). Both parents were natives of Belfast. When he was still young the family moved to the Malone area of south Belfast.

Outside of medicine, he was widely read in Irish history, also possessing a great breadth of knowledge of world history.

He was educated at St Bride’s Primary School; St Malachy’s College; and Queen’s University, Belfast. As a young doctor he trained in several English hospitals, before returning to his native city and began his long association with the Mater Hospital.

He was passionate about maintaining the hospital’s reputation for teaching and was noted for his support of students. He had strong links with the department of surgery at Queen’s University. He also served as an examiner for the Royal College of Surgeons in Ireland.

Gilligan was a living link to two of Ireland’s worst tragedies of the 20th century. Witnessing both contributed to shaping his character. In 1941, German bombers devastated Belfast. He described visiting the Mater (with his older brothers who was a student doctor), itself damaged in the bombing, in the immediate aftermath and seeing the dead and injured.

Six years later, the engines of the liner Reina del Pacifico exploded during sea trials off the Co Down coast. Twenty-eight died and 23 were injured. As a young doctor, he treated some of the victims.

Outside of medicine, he was widely read in Irish history, also possessing a great breadth of knowledge of world history. Personally he was a private family man, at his happiest holidaying on the west coast with his wife and family members.

He is survived by his daughters Ann and Cathy: and sons, Michael, Conor, Paul and Mark. He was predeceased by his wife Patricia (Paddy).