Can you be friends with someone you fundamentally disagree with? 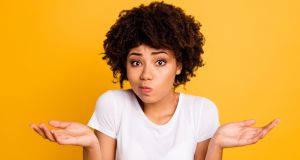 I worry we’re losing the art of listening in the virtue-signalling, outrage-mongering online shouting match

My friend B took me aside after a school barbecue. It was the twilight days of the Obama presidency, those final months when American could still think of itself, with a mostly straight face, as the land of the free.

Back then, in the hyper-wealthy Californian town where we lived – a place where the only people who were not white or Asian were the cleaners and pool attendants from Mexico – everyone was voting for Hillary. They wore badges that made sure you knew it. I’m With Her, they read. Later, those months would take on the quality of a dream, a period of prolonged unreality when the idea of a Trump presidency was still just a punchline for late-night talkshow hosts.

On this particular evening, B wanted a word. She had spotted me chatting to E over hotdogs and the Starbucks takeaway cups we had craftily decanted wine into. I knew E as a nice person who didn’t have an entirely easy life. But she thought there was something else I should know. E was a Trump supporter, she said.

I’d like to say that I did an Ellen on it. When Ellen DeGeneres recently sat beside George W Bush at an NFL game – there they were, the woman who made it okay to be a lesbian in America and the war-mongering former Republican president who tried to stop gay marriage – and the internet exploded in outrage, she responded with an impassioned riposte on kindness. “When I say be kind to one another, I don’t mean be kind to people who think the same that you do. I mean be kind to everyone.”

I was educated by Quakers, which means being brought up on a diet of kindness and tolerance and finding the good in people. Instead of prayers at assembly, students at my school read out the lyrics to John Lennon’s Imagine. But I temporarily forgot all that in the hot summer of 2016. Instead I hissed, “Trump? No WAY”. And I tried to avoid being seen with E at school pick up, in case anyone had me down as the sort of person who consorted with Trump voters. I don’t know if she ever figured out what she was supposed to have done, or if she just got used to being ostracised in our liberal, progressive, open-minded little town.

No friendships were harmed

Fast forward 18 months and I found myself back in Ireland, and in the middle of what was shaping up to be another intense tribal war. The referendum to repeal the eighth amendment was on, and the heads of disembodied foetuses were gazing reproachfully into the car window on the route to school. Rumours were circulating in my friendship groups about people who might be voting the wrong way. This time, though, I took a different tack. I’d seen what happened in America.

So instead, I just asked people how they were voting, and listened to the sometimes surprising answers. One woman I had down as a yes said she was voting no because she used to work in a medical clinic in the UK where, she felt, women used terminations as a form of contraception.

Another whose intentions I couldn’t have guessed said she was voting yes because she had daughters. There were some no votes where I’d expected yeses; many yeses where I’d been sure of a no. No friendships were harmed in the courses of these conversations. They explained their point of view; I gave mine. I never asked again, after the referendum, how they’d actually voted. Humanity had won out, and that was enough. I’m not sure humanity could have won out if those conversations hadn’t been happening everywhere.

Now I worry that we’re losing the art of listening in the virtue-signalling, side-picking, outrage-mongering, public shouting match that constitutes our lives online. When every debate is polarised and every narrative distilled into a binary choice of good or evil, it is the quieter, more moderate, kinder voices that get lost. DeGeneres’s plea for kindness was immediately shouted down by a chorus of voices telling her to get a grip, including that of actor Mark Ruffalo.

It’s not always easy to make the case for unconditional tolerance. Could you be friends with someone who doubted that climate change was real? Could you have a pint with someone who wanted a hard Brexit at any price? Could you sit down to watch the match with someone who believed in gay conversion therapy? Could you – and this is one I remember some American friends asking themselves, with their tongues only partly in the vicinity of their cheeks – still love your child if they grew up to be a Trump voter?

Of course you could. Again and again in this country – during in the two big referendums, and on the north of the island for the bones of two decades before them – we’ve seen that tolerance of other points of view isn’t the same thing as selling out.

Listening to an opposing point of view doesn’t mean endorsing it. Civility isn’t weakness. Talking to my Trump-supporting friend about her views might have been more productive than ostracising her. It would definitely have been kinder.