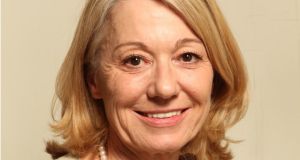 Anne-Marie Hutchinson’s work was instrumental in the introduction the following year of the Forced Marriage (Civil Protection) Act 2007, which enabled courts to make orders to prevent women and girls being taken overseas to marry against their will.

The Donegal-born internationally renowned family lawyer, Anne-Marie Hutchinson, has died after a long illness. A trailblazing lawyer who acted for victims of child abduction, forced marriages, honour-based violence, female genital mutilation and abandoned spouses, Hutchinson won the International Bar Association Outstanding International Woman Lawyer Award in 2010 and was named one of the Top 50 Women Super Lawyers in 2013. At the time of her death, she was a partner of the London family law firm Dawson Cornwell and head of its children’s department. She received the inaugural Unicef Child Rights Lawyer Award in 1999 one year after she joined Dawson Cornwell.

In 1999, in the first reported English case on forced marriage, she secured the safe return to England of a young Sikh girl who was made a ward of court after her parents abducted her to India to marry. A case in which she represented an English-born Pakistani woman set a legal precedent in 2006 when the high court ruled for the first time that a forced marriage could be annulled, due to the lack of consent, and declared void.

Her work was instrumental in the introduction the following year of the Forced Marriage (Civil Protection) Act 2007, which enabled courts to make orders to prevent women and girls being taken overseas to marry against their will.

The year after the Act was introduced, Hutchinson acted for Humayra Abedin, a trainee GP, who was the first woman to be made the subject of such an order. She had been taken to Bangladesh, where she was held captive and forced to marry. Even though the injunction made by the English court against Abedin’s family was not enforceable in Bangladesh, the judge in Dhaka acknowledged its existence when he ordered her to be released.

In another landmark case in 2012, the high court ordered the return to the UK of Amina Al-Jeffrey, a British woman with dual Saudi Arabian nationality. Born in Wales, she alleged that she had been taken to Jeddah against her will and held in what she described as a cage for four years by her father, who disapproved of her life in the UK.

Hutchinson was awarded an Order of the British Empire for services to international child abduction and adoption by Prince Charles at the British ambassador’s residence in Dublin in 2002. She received the Queen’s Counsel honoris causa in 2016, an award to lawyers who have made a major contribution to and impact on law in England and Wales. For almost three decades, she was chair of trustees of Reunite International Child Abduction Centre, a leading UK charity specialising in the movement of children across international borders.

Hutchinson also helped vulnerable LGBT+ including those kept overseas by their families and subjected to conversion therapy, exorcism rituals or forced marriages. She campaigned for law reform for LGBT+ family formation, fighting for national and international protections to secure the rights of children born through surrogacy.

She was known for her acerbic humour, her generosity towards others and her boundless energy. Those who knew her well say that it didn’t matter how much money you had, where you were from or who you loved – if you were being treated unfairly, she listened, took on your pain, stood with you and fought tooth and nail to make things better. Former UK chief prosecutor Nazir Afzal said that many people owe their freedom to her work.

Anne-Marie Hutchinson was born the third of six children to Gerry and Catherine (nee Fitzgerald) Hutchinson in the Diamond, Donegal town. Her father ran a barber shop next to the Abbey Hotel in the town. The Hutchinson family moved to Huntingdon, Cambridgeshire, when Gerry took as job as a barber at the US airbase nearby. Anne-Marie’s mother, Catherine, worked as a nurse in Huntingdon and Papworth Heart hospitals.

Hutchinson missed the last two years of primary school due to osteomyelitis, a condition that resulted in her having to wear a calliper and learn to walk again. She left school at the age of 16, having failed the 11-plus exams. She worked as a bank teller for two years before enrolling in Huntingdon technical college where she got three grade A A levels in one year – the first time these high results had ever been achieved at that college.

From there, she went to Leeds University to complete a BA honours degree in international history and politics, followed by a degree in law at Nottingham University. In the early 1980s, she moved to London to work as a solicitor. Her daughter, Catherine, was born in 1987 and her son, Sam, in 1995. She always said that she didn’t have a rigid career plan. Speaking to Leeds University Alumni magazine when given an Honorary Doctor of Laws in 2016, she said, “It was all very organic for me and I think that’s how it should be. I often get sent requests and CVs saying ‘I want to do human rights’ or ‘I want to do women’s rights’. I always write back to them and say, ‘Well, that’s actually quite insular and probably not the best way to start your career. It’s much better to take all the opportunities you get to have the broadest spectrum of education and experience’.”

In spite of her many great achievements and awards, she treasured the texts, cards and social media messages sent by clients who won their cases

Motivated by deep conviction to combat injustices particularly to women who are not able to access their rights or who live in cultures that deter them from doing so, Hutchinson worked tirelessly on cases. Colleagues say that she had a brilliant mind with an innate ability to see things in cases that no one else saw. She faced both hostility and sexism in the course of her work and felt more should be done to help working mothers.

Bringing up her two children, she always promoted flexible working hours among her own largely female team at Dawson Cornwell. She ran an open house, welcoming family and friends to stay as long as they looked after themselves. Her daughter, Catherine, works on marketing and events at Dawson Cornwell and her son, Sam, has just started university at Kings College, London.

Throughout her career, Hutchinson was involved in numerous organisations including the International Surrogacy Forum, the Academy of Adoptions & Assisted Reproductions Attorney and the UK LGBT Family Law Institute and the International Centre for Missing and Exploited Children. She regularly gave public lectures – including one at Trinity College Dublin in 2017 – and spoke to the press. She was the co-author of the textbook, International Parental Child Abduction and a correspondent for the International Family Law journal (Jordans).

And in spite of her many great achievements and awards, she treasured the texts, cards and social media messages sent by clients who won their cases. International human rights activist Mandy Sanghera said that the survivors saved by her and families reunited by her will never forget her kindness.

Anne-Marie Hutchinson is survived by her children, Catherine and Sam, her grand-daughter, Emmeline, her siblings, Geraldine, Paul and Catherine, her brothers, Joseph and Mark, and parents, Gerry and Catherine pre-deceased her.