13 things to do indoors this winter: ski, climb, watch, visit

It’s getting colder, darker, wintrier. Whether you favour active or stationary pursuits, these suggestions will get you through the coming months 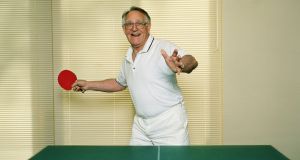 All you need are two bats, one ball and a net, to unleash all that pent-up cabin fever that winter brings to family dynamics

It’s getting colder, darker, wintrier. You could wrap up, go out and try to catch some of the ever-reducing amount of light. Or you could try some of these indoor pursuits, a mix of active and sedentary depending on your mood.

SKI
My family and I recently stepped into skis for the first time at the Ski Centre in Sandyford, Dublin. It’s an indoor centre with what can only be described as a huge treadmill, the size of a squash court, that simulates a snow-covered piste. The coaches remotely control the speed and pitch of the slope and, because the treadmill never ends, we spent more time learning than if we were outdoors.

We took turns with the coach in 10-15 minute sessions over a one-hour class. The children were ticking off skills long before I was, but the excellent coaches had met my type before and just pushed me harder.

The place was busy with returning graduates preparing for this year’s holiday and I quizzed every one: Does it work? Will I learn to ski? Will I lose the pain in my muscles? A resounding yes to all my questions.

By the third class, I had learned to ski, and – though we have lots more to learn – we’re confident we can take on the slopes this winter and not spend the first three days of a holiday face down in the snow. 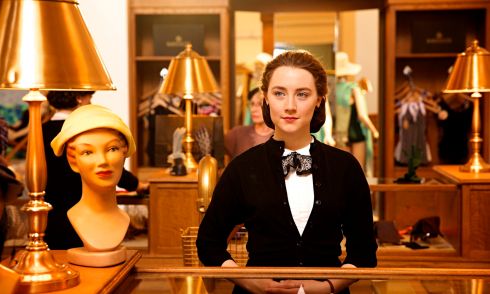 Brooklyn: John Crowley’s moving adaptation of Colm Toíbín’s successful novel stars Saoirse Ronan as a Wexford girl adrift in Brooklyn during the 1950s. The film bristles with taut emotion and swells with fine performances. You already know about this. In cinemas now.

Bridge of Spies: Steven Spielberg’s Big Serious Films are very hit and miss. But this tale of diplomacy and espionage has been receiving consistently excellent reviews. Tom Hanks stars, but all the awards talk has been about Mark Rylance’s supporting turn. Opens November 27th.

Carol: One of three films that could fairly count itself robbed of the Palme d’Or at Cannes, Todd Haynes’s tale of love and evasion in 1950s America finally makes it into domestic cinemas. Opens November 27th. Donald Clarke

PLAY TENNIS
It’s not just for Wimbledon season; go indoors and tennis becomes an all-weather activity. There are few indoor courts in Ireland available to the general public, but Tennis Ireland – in Hampstead Park, off Ballymun Road in Dublin 9 – rents them for €16.50 an hour. www.tennisireland.ie Conor Goodman 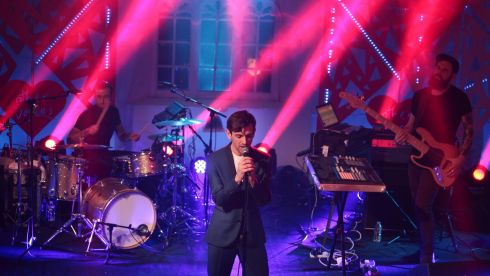 SSSHHH!
Other Voices festival, December, Dingle, Co Kerry: Who would even bother to go to a festival at the far end of the country that doesn’t tell you its lineup far in advance, and for which tickets are impossible to get? Well, all of that is irrelevant.

The atmosphere at Other Voices in Dingle has to be experienced to be believed, with performers and punters, locals and blow-ins propping up the bars and cubby holes of the Kerry fishing village for a weekend of conversations, craic and yes the odd tune or two.

All the action is indoors, you might score a ticket last minute to the main event in the church, but even if you don’t there is a whole suite of gigs, live Q&As and debates to choose from, usually in some of the best bars you’ll ever have the privilege to darken the door of. www.othervoices.ie Laurence Mackin

INDOOR CLIMBING
Whether you’re a vertigo-victim or daredevil, child or adult, you can find your level at one of the growing number of indoor climbing centres around the country.

Walls of various gradients and grip-difficulty will ensure that beginners can scale heights they hadn’t imagined, and extreme-sports nuts can challenge themselves on impossible-looking overhangs. Autobelays, harnesses and strong ropes mean that even falling is safe.

Between the chalky hands and the hot-house atmosphere, you might want to book yourself a shower afterwards.

SIT IN AND WATCH
The Last Panthers: Sky’s latest six-part series, is a European crime drama given Gallic je na sais quoi by Canal+ and with a stellar cast in the shape of Samantha Morton, John Hurt and Tahar Ramin. It’s written by Jack Throne, who has worked on Skins, Shameless and This Is England, and it concerns a diamond heist that goes wrong (don’t they all), overseen by a shadowy cabal (aren’t they all) of criminals and bankers (aren’t they etc and so on). Oh and did we mention David Bowie wrote the theme music? It’s on our screens late November.

Marvel’s Jessica Jones: Netflix showed it had superhero chops with Daredevil, and now it’s come up with Jessica Jones. It stars Krysten Ritter (whom we loved in Breaking Bad) as a former superhero who opens her own detective agency after an end to her superhero career. We’ve all been there. You can get your teeth into this one from November 20th.

Troy: Fall Of A City: Game of what? Viking where? The BBC is set to storm the gates of sexy historical drama with a visceral retelling of the fall of Troy. With a budget of £2 million an episode, this one should have loads of intrigue and epic bloodshed, especially as it’s being billed as post-watershed TV. Putting flesh on the ancient Greek bones is David Farr, who also wrote the feature film Hanna. Expect a slew of fashion features on the latest brown leather skirts for men to follow this one. Laurence Mackin

PLAY TABLE TENNIS
Got a vacant garage, an open-plan living room large enough for a ping-pong table, or just even a big kitchen table? All you need are two bats, one ball and a net, to unleash all that pent-up cabin fever that winter brings to family dynamics, to discover you harbour disturbing feelings of aggression towards your closest friends, or to launch a full-scale intergenerational war between children, parents and grannies. And you thought it was just harmless fun? No, table-tennis is war with bats. Pop-up nets from Tiger stores cost €15. Full-size tables start at ¤149 from Elverys. Conor Goodman

ATTEND
Before all the theatres descend into pantoland, there are a few grown-up entertainments to be had. The Abbey is turning the Peacock into a pop-up jazz club in the vein of the Village Vanguard for one weekend. Strut will showcase some of the best contemporary domestic and international jazz talent from November 18-21. The theatre’s big Christmas show is You Never Can Tell by George Bernard Shaw, while the Gate Theatre is giving a little-known work called The Importance of Being Earnest an all-too-rare outing. www.abbeytheatre.ie, www.gatetheatre.ie Laurence Mackin

Why is it so hard to find an allotment in Ireland?
8