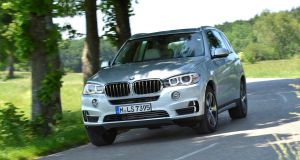 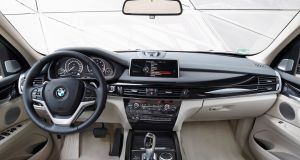 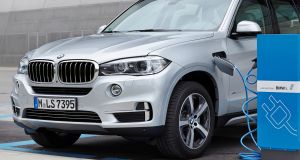 Twenty-one miles to the gallon. 20mpg, or if you want to be a little more European about it, 13.4 litres per 100km. That is the sort of fuel economy figure you’d expect to be recorded by an American muscle car, or a V12 Ferrari. Heck, I’ve actually squeezed better mileage out of a Bentley V8.

So what thirsty, rapid vehicle scored this particular figure? Well, actually it was a supposedly-saintly BMW X5 40e – a plug-in hybrid which BMW claims can average as much as 88mpg. Hmmmm. Really?

Okay, so there were some extenuating circumstances and I think it’s only fair we should give the X5 some small benefit of the doubt. First off, it was not fully charged, in fact it had about one quarter of its battery capacity left. Secondly, it was being driven and shared by three burly (I don’t think I’m speaking out of turn here) motoring journalists, all of whom were at least as keen on testing the car’s acceleration and handling as they were its economy.

Doubtless, had the battery been fully charged and had we been driving in a more circumspect manner, we would have done better on the fuel front. It is also fair to point out that when we started, the figure was closer to 15mpg and when we stopped, it had just hit 20mpg and was gaining ground fast.

However it does reveal, yet again, the occasionally awkward and cussed nature of hybrid and plug-in hybrid cars. It was only a few weeks back that we were struggling to squeeze better than 40mpg from a Volvo V60 D6 which comes with a claimed 155mpg figure.

Blame, for the most part, the ridiculous and antiquated official fuel consumption test, especially for hybrids, because, as thy are tested with fully- charged batteries and only for moments at a time, they can put their best electric foot forward and clock up some utterly unrealistic figures.

So, what is an X5 40e? Well, it is part of BMW’s new iPerformance line-up, which now runs the gamut from the dinky (and hugely enjoyable) 2 Series Active Tourer 225xe right up to the heights of the 7 Series limo and this hulking SUV.

Actually, it’s rather unfair to call the X5 hulking – for a big 4x4 it is actually relatively trim and slim-hipped and certainly seems to blot out less of the sun than an Audi Q7 or Volvo XC90. To turn it into a 40e, BMW surgically removes the brilliant 3.0-litre straight-six diesel and slots in the relatively new 2.0-litre turbo petrol four- pot and a 113hp electric motor. That motor draws power from a 15.3KWh stack of rechargeable lithium-ion batteries.

Combined with the petrol engine’s 245hp, you’ve got a not- inconsiderable 313hp. Torque seems a little less impressive – BMW quotes the average system output of 450Nm, which is fine but nothing special. The combined total torque output of the two propulsion systems is closer to 600Nm, though.

And boy, can you feel it. Initially, the X5 felt a little weird to drive, but I realised that it was down to the responsiveness of the petrol/electric drive-train. I was driving it as I would the diesel – putting my foot down fractions of a second ahead of when I actually needed the power, to allow for turbo lag and gearbox kickdown. With the 40e, there is no lag, the electric motor is always, like an attentive Labrador, simply waiting for you to say go – and it goes, so you have to re-educate your right foot a little and wait until you actually- no-really-now need the grunt to kick in before asking for it.

That done, the X5 smooths out a little, although on the optional 21in wheels of our test car, the ride was never less than busy. Personally, I’d take the styling hit and go for smaller rims in the interests of comfort, but it is certainly true that the X5 40e’s ride quality is less harsh and less sharp-edged than that of the rival Volvo XC90 T8 twin engine.

The steering is not so good, though. I’ve been lucky enough to drive a (V8-powered) X5 on a closed mountain road and it has some of the best steering responses and weighting of any large SUV, indeed of any car full stop.

Here in the 40e though, and presumably in the interests of coping with the extra weight of the batteries and preserving as much electrical power as possible, the steering calibration has been changed – and changed for the worse. Whether we had the driving mode selector in sport or eco plus, it remained slightly too light and a little too quick across its lock for comfort. There is certainly less fun to be had in this X5 than in a standard one.

Ah, but would it be cheaper? This is often the true advantage of electric or part-electric vehicles as their qualification for vehicle registration tax (VRT) rebates and SEAI grants can mean that they are actually more affordable than their conventional counterparts.

As for the fuel consumption? Well, the 40d gets a claimed 47mpg, which probably means closer to 30mpg in daily driving. While that 20mpg we squeezed from the 40e isn’t encouraging, remember that by charging for about three hours (depending on the amperage of your power feed) you can, realistically, get from Monday to Friday without the need for hydrocarbons. It’s as neat an idea as it sounds.

Not as neat as the seating arrangement. Because of the need to package the electric motor and batteries, the optional folding third row seats have been chucked, so the X5 loses a practical point to the better- packaged XC90 there. The boot is a little smaller than standard, too, at 500-litres, but the lure of the part-electric savings remains strong.

So, that 20mpg figure, while initially a bit terrifying, is actually not the full story. Lesson? Always read to the end . . .