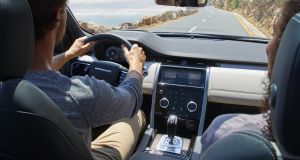 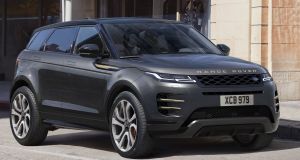 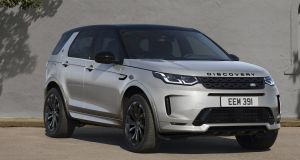 Fancy a car that can filter harmful stuff out of the air before it enters the cabin? Well, to be honest most can do that, up to a point, but Land Rover is trying to make a splash for its updated Range Rover Evoque and Discovery Sport models by claiming that the cars’ new cabin air filtration systems can, potentially, filter out virus particles from surrounding atmosphere.

“We’ve upped the filter size by 10 per cent on both vehicles to increase its capacity to capture finer particles, even below 2.5 microns in size. While harmful viruses and pathogens are often smaller than the PM2.5 size, research has shown that pathogens, agglomerate on dust particles, which can then be filtered inside the vehicle climate control system, reducing the level of threat to the occupants” Mark Burnaston from Land Rover’s Gaydon Materials Laboratory told The Irish Times.

“For the past few years, Jaguar Land Rover has been accelerating research into clean air as well as inter-surface contamination, as the future trend for car sharing becomes ever more real. But for now though we’re focusing on air quality in the cabin and the new ‘Purify’ feature, and it couldn’t be coming at a better time” Burnaston said. “The cabin air system uses ‘Nano-e’ technology to improve the air quality inside the vehicle. This system condenses moisture from cabin air and breaks it into tiny electrically charged particles that react with air contaminants to neutralise odours, bacteria, and allergens.”

It’s part of a general spruce-up for the big-selling Evoque and Discovery Sport lineups, which come off the back of the huge critical and sales success of the recently-launched new Land Rover Defender. In spite of both cars using a platform that dates back to the 2006 Ford Mondeo, both are now available with some very high-tech engine and infotainment options.

Earlier this year, Land Rover launched P300e plugin-hybrid versions of both the Evoque and Discovery Sport, as well as introducing mild-hybrid power for diesel-engined models. Those will now be joined by a brace of new mild-hybrid diesels, and a new petrol entry-level model for the Evoque.

That Evoque P160 actually uses the tiny 1.5 litre three-cylinder petrol engine from the plugin-hybrid model, making it by some distance the smallest engine (both physically and in capacity terms) ever fitted to a Land Rover model. It develops 160hp and a surprisingly healthy 260Nm of torque. Co2 emissions, under the tougher WLTP test, are 180g/km and fuel economy is pegged at 8.0 litres per 100km. The little engine is some 37kg lighter than any of its four-cylinder cousins, too, so will likely have an invigorating effect on the Evoque’s handling. It’ll be offered only as a front-wheel drive model.

Both cars also get the new “Pivi” and “Pivi Pro” infotainment screens, which actually made their debut in the new Defender. Damien Dinning, Land Rover’s marketing manager for infotainment systems, told The Irish Times : “We’ve optimised the design around just three things, navigation, phone, and media. These three core features cover the vast majority of interactions customers have with the system. They can carry out, 80 to 90 per cent of the tasks they use on a regular basis, all from this one screen without going deep into menus, or switching back and forth between different apps.” The new system comes with integrated Spotify music streaming, always-on internet connection, and over-the-air software updates.

Irish prices for the new Evoque and Discovery Sport models have not yet been finalised.