Diesel v petrol: cheaper to tax but dearer to maintain

We look at motor tax, maintenance and mpg in part three of our guide to buying in 2015 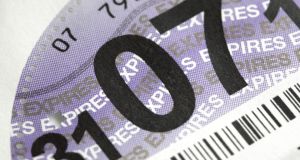 Let’s start with motor tax, shall we? We did mention, last week, that ignoring the cost of motor tax (or at least accepting that paying a little extra in that regard) can save you a bundle on the purchase price of a car. We also mentioned the continuing inequity of those driving pre-2008 cars paying vastly inflated motor tax costs compared to, say, someone running a recently-purchased premium German saloon. There is no socialism in motoring, it seems.

The current obsession with the cost of motor tax has resulted in an oddly-skewed market though, and it’s one that is costing many of us a bundle of needless cash. Because the rule of thumb is that diesel- engined cars have lower CO2 emissions, and therefore qualify for lower taxation rates than petrol cars, we have been in a mad six-year rush to buy diesel. About 73 per cent of all new cars sold are now diesel- fuelled and you know what? It’s costing us dearly.

How so? Well, for a start, diesel engines remain more expensive to design and build than an equivalent petrol. Take a look at the piece list for the Volkswagen Golf, currently Ireland’s best selling car. On there we find a Comfortline model, reasonably well equipped and a popular choice. It can be had with either a 1.6-litre diesel with 105hp or a 1.2-litre turbocharged petrol with 110hp.

Wrong. The diesel Golf is €2,005 more expensive to buy in the first place, which means you’ll have to own and run it for four years just to generate a saving of €80. And that’s before you take into account the fact that, while both cars would generally be considered reliable to run, if the diesel does develop any mechanical maladies, it will be more expensive to fix. Our friendly car buying expert James Ruppert says that “petrol is an underrated ingredient in an economy car. Unless you are doing heavy mileage, just for pottering about petrol is fine and crucially is cheaper to maintain and goes wrong less expensively than a diesel. Better to buy a high mileage petrol every time, not least because it will be cheaper”.

Jeff Aherne, MD of car history checking firm cartell.ie, concurs and says it’s too early to say whether petrol will launch a comeback in popularity, but the fundamentals are strong for petrol vehicles; emissions are much lower than they were, consequently taxation is lower, and fuel economy has improved considerably, meaning petrol cars should be much more competitive in the market – especially when you consider the lower list prices for petrol engines across the board.

In other words, you could be spending a little more at the pumps and a little more on motor tax in order to save a significant amount on purchase price and in maintenance. Will a diesel car be more residually robust? Yes, in general, but that’s on a sliding scale. Larger, more expensive cars will generally have to be diesel if you want them to hold value, but the gap narrows as the size comes down. You’ll never make your money back on a small diesel hatch, for instance. Petrol still rules amongst the smaller cars.

Speaking of spending money to save money, don’t skimp on maintenance. One of the great joys of buying new cars at the moment is the plethora of inclusive service packages out there. For a piffling few hundred euro extra at purchase time, you can have your standard servicing costs covered for as much as five years in some cases.

That’s both a saving and a weight off your mind, not to mention that you’re basically guaranteeing the car will be well maintained for its life with you, and will therefore be worth more come re-sale time. The day you buy is the day you sell, of course, but so too are the days when you service. A full-stamped up service book is reckoned to be worth as much as €1,500 at resale time, depending on the car.

Which is why it’s also worth having a look at an after-market warranty, especially if you’re buying second hand or planning on keeping a new car for several years. Of course, there are some exceptional lengthy manufacturer warranties out there now – five, seven and even eight years are being offered by many car makers. Opel even had a brief go at offering a lifetime warranty.

But for those who still only get two or three years from the manufacturer or are buying used, a self-bought warranty can be a lifesaver. It’s essentially like buying insurance for your oily bits, and it can save you a packet if things go wrong. The cost is similar to that for insurance too – an average family hatch will cost about €400-€500 for a year’s cover. That may sound a lot, but from personal experience I can tell you it’s worth it. A recent trip to the garage for a standard service for my own family’s car resulted in a €4,000 bill for repairs and extra work – all covered by the warranty, and that on a car we’ve owned for two years.

How do you get around that? Hard work I’m afraid – do your pre-buying research first to find out which car most closely matches its claimed economy in the real world (our road tests can help, as can WhatCar? magazine’s True MPG tables) and then set about improving your own economy style. Take excess weight out of the car, use gentler throttle openings and make full use of such systems as stop-start. You won’t make up the entire gap, but you should get a few more mpg in daily driving that way.

Beyond all that, good luck out there in 151-plate-land, and happy and safe motoring to you all.