Retail giant wants to be your new car dealer, but must cross a skepticism hurdle first 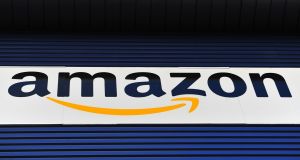 Amazon is reportedly hiring staff in Europe with an eye to rolling out a car sales service in the next year. According to German publication Automobilwoche, Christoph Möller, a former car industry business analyst at the Oliver Wyman firm, has been tapped to lead the internet retail giant’s move into the European car business.

According to the German reports, on which Amazon has thus far declined to comment, the company is looking to set up a headquarters in Luxembourg, and may use an entry to the UK market (Brexit or no Brexit) as its pilot project.

Amazon already has a small project on the go in Italy, selling Fiat vehicles through amazon.it, and it has been offering cars for sale on its US site since last year. The news sent shares in Auto Trader, the UK’s biggest car retail website, tumbling on the London stock exchange.

Earlier this year, Peugeot took what it claimed was a lead in the UK by offering totally online car sales, but a spokesperson told The Irish Times that such a selling format was unlikely to be offered here in the near future. “The new ‘Order Online by Peugeot’ is in its infancy at the moment in UK” said Emma Toner, Marketing Manager for Gowan Distributors, the importers for Peugeot in Ireland.

“It will be launched thereafter in other European countries, where there is critical mass, but we simply do not see buying habits in Ireland changing – short, medium or long term. New technology solutions come and go and we’re a tech-savvy nation, but across the country, we see clear evidence that Irish customers still choose to walk into their local dealer showrooms, where they are known, where they’ve trusted for 20 years or more, rather than request a test-drive online. Thus the smaller number of online test drive requests versus walk-in showroom traffic in Ireland, compared to other countries like UK.

“The advent of out-of-hours online service bookings, social media and chat online has greatly aided time-pressed Irish consumers, but when it comes to buying a car, once the initial research is done online, Irish people like to talk to a person face-to-face. That’s because it’s in our very nature and culture to forge and nurture relationships – we’re a sociable people. But, crucially, we also like to barter. We like a bargain. We repeatedly see that in our market research.

“Irish consumers must feel they got good value – it’s essential to them. Online buying doesn’t make room for that. It’s one price, or none. And to reinforce what I said earlier, the Irish car market was built by motor dealers, often family-run companies, who are an integral part of community life in Ireland. Our dealers will always be our essential link to our customers.”

It’s those dealer networks that would likely place major barriers to any potential Amazon operation in Ireland. As a small market, with each major car brand being much closer to its individual dealers than elsewhere, there’s more opportunity for plans such as this to be scuppered simply by the car makers not being willing to play ball with Amazon, preferring to keep their existing networks sweet.

Any moves to sell cars by Amazon could come up against regulatory hurdles too – not least that there might be concerns that car makers might set specific prices with which traditional dealers can’t compete, triggering investigations similar to those seen back in 2000, when Fiat and Opel attempted to have “open book” pricing, with dealer and delivery charges included up front.

‘I might be crazy’: The people who set up new businesses during Covid
10