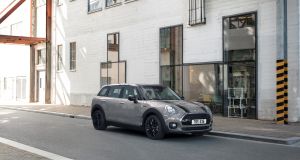 Mini is slightly odd in terms of both car and brand. At its best, the hatchback Cooper and Cooper S are exceptionally good fun to drive, and decently well made. But they’re impractically small inside, and while the shape is evocative, the styling detail is more than a little heavy-handed.

We do rather like the Clubman estate, though. It’s not as wilfully strange as the old Clubman (with its small rear-hinged extra door on the wrong side of the car) but it is still appealingly quirky (the handle and latch functions of the twin rear doors are wonderfully appealing in a tactile sense) and there’s more useful interior space than in any of the hatchback models.

It’s also good to drive, with that typically Mini sharp steering and reactive front end, but also with a more grown-up ride quality than you’ll find in the hatchback models. You do pay a lot for the quirkiness, though. It’s seriously expensive compared to most direct rivals.

Sum-up: Quirky, but oddly satisfying if you’re of the right frame of mind