What sold for €200k in Rialto, Dublin 1, Tallaght and Tipperary

This budget bought a city flat, a two-bed Clondalkin cottage and a turnkey three-bed house 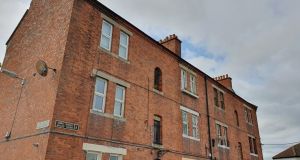 Apartment 38, 109 Parnell Street, Dublin 1
Compact one-bed apartment of 33sq m located on the the first floor, with a feature fireplace in the livingroom and a small, south-facing balcony.
Asking: €200,000
Sold: €190,000
Difference: -5 per cent
Agent: Sherry FitzGerald

Food & Drink Quiz: Black Forest gateau is made with which fruit?
7

Feargal Quinn obituary: Businessman and politician with the personal touch
8