Some would-be tenants are intimidated by grandeur, despite the price

Consolations of a property investor: Renting a house that’s a bit too grand for some 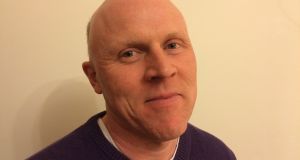 Damian Flanagan: “It sometimes seems a shame that people zone themselves out of a certain standard of living simply because they have been mentally inculcated with more modest ambitions in life.”

If you are in the property business, generally speaking it makes sense to adopt an emotionally neutral position towards the properties you are offering for rent.

I like to think I would be happy to live in any of my rental properties, but when letting them out I just wish to act in a business-like manner, looking for reasonable, reliable tenants who will eventually return them in one piece.

But occasionally there might be a property that tugs slightly more at your heart strings. For example, for the last 20 years I’ve owned one particular property that I feel a little precious about. It’s a grand town mansion with six large bedrooms plus converted basements – so nine double bedrooms in all – plus three reception rooms, two kitchens and three bathrooms, including a spa bathroom. There’s a beautiful central balustraded staircase and a handsome garden at the back.

When I bought the house it was a complete wreck in a slightly dodgy area, but I lovingly restored it and gradually watched the area rise up in the world. I’ve often thought of living in the house itself, but it somehow seems too over-the-top for either a single man (as I was when I bought it) or for a young family (my current domestic set-up).

So instead, the house is rented out to groups of up to 10 young people. Compared to many other “shared houses”, this one is wildly spacious, yet because there are limits to what young people can afford, the rent is only very slightly more expensive than far more modest properties.

Whenever I show this house to a group of sharers, I regularly expect them to be “blown away” by what they see. What I am showing them is a bargain and a delight, and I anticipate that the viewers will fall in love with it just as thoroughly as I have myself.

Indeed, if there are competing groups who wish to rent it, as well as considering who will look after the property the best, the group’s level of loving enthusiasm can sometimes slightly sway the decision.

And yet, partly because I am so besotted with the property, I also regularly note, with a mixture of frustration and disappointment, a reverse reaction among some of the viewers, who are not interested at all. In fact some of them show disinterest and rejection almost as soon as they walk in the door and before they have even been shown around.

Sometimes these adverse reactions occur alongside the throbbing love pangs of their friends within a single group, leading to a situation where a house viewing is conducted with some people gushing enthusiasm and others staring at the floor and just wanting to leave.

But finally I began to perceive an interesting aspect of human psychology. We tend to think that people will naturally wish to live in the best place possible for their chosen budget. But that is not necessarily the case.

A bit too grand

For some viewers, this property is simply a bit too grand for them – too far above their expectations of the kind of place they imagined living in for them to feel comfortable. They feel intimidated by the grandeur, no matter that the rent is hardly different to much smaller, standard places. Perhaps they feel friends and family would tease them for getting ahead of themselves.

We often hear about the important issue of “social mobility”, but there is sometimes a certain mental aspect limiting social aspiration. Rather like the famous 1960s sketch on class in which a “working class” Ronnie Corbett looks up at a “middle class” Ronnie Barker and comically says, “I know my place”, certain people seem to think they don’t “deserve” to live in too grand a home.

On such house viewings, you can often observe the long-lasting impact of social backgrounds and aspiration in process. Young people from rich families will breeze round the property as if living there is their natural birthright. Other people might have never lived in such a place and yet have a sense of ambition and aspiration which is activated. A certain percentage just reject it as an option out of hand.

As someone from a humble background myself, I acutely note these differences in attitudes.

Back in my 20s, I used to think that everyone, like me, liked when travelling on the cheap to pop into the lounges of luxury hotels they could never afford to stay in and at least take tea and drink in the opulent surroundings. Yet there are many people who never do such things – indeed feel completely uncomfortable in such places.

If grandeur and fancy-schmantzy is not your thing, then of course that is fine, and you might roll your eyes at the social climbers. But it sometimes seems a shame that people zone themselves out of a certain standard of living simply because they have been mentally inculcated with more modest ambitions in life.

We often think that the only blocks to “social mobility” are the evils of capitalism, the market economy and lack of opportunity. But, as I often discover on house viewings, individual mindset can also be a powerful factor.