With plans for 6,700 new social housing units in Ireland by 2017, there are lots of positive examples of public housing we can draw from to avoid repeating past mistakes 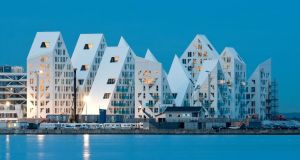 The “Iceberg Project”, a mixed-use scheme of 200 apartments in Aarhus, Denmark 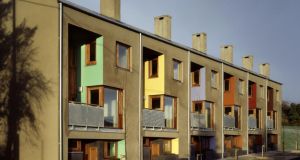 A small development of single- and three-storey houses in Galbally, Co Limerick, by O’Donnell + Tuomey 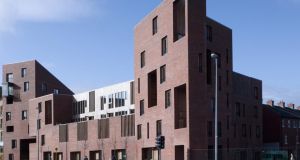 As the Government announces €2.2 billion in capital investment for social housing over the next three years, and plans to deliver 6,700 units by 2017, questions of where, how, and what gets built have taken on a new urgency. Could a series of 21st-century versions of Ballymun and Tallaght be on the cards? Maxime Laroussi, architect with Urban Agency, which has offices in Dublin, Copenhagen and Lyon, fears “a great danger for a deja vu: fast, cheap, poorly-designed houses and shoe-box-layout apartments”.

Recently, Urban Agency presented a study, Making Cities Work, quoting UN figures projecting a global increase in urban populations of 70 per cent by 2050, and our own CSO predicting an extra 350,000 people in Dublin alone by 2030. As Laroussi points out, the biggest city-centre landbank, the SDZ (Special Development Zone) at Dublin’s Docklands, only accommodates about 3,350 units – or about 8,750 people. Something’s got to change, so is it better to build up or out? Should we rework and restore what we have, or start from scratch?

The answer lies both in innovation, and in taking a fresh look at the past. Since the profession emerged, architects have been scheming and dreaming of how to both enable us to live better, and make us live in certain ways. The two don’t always go hand in hand, so what lessons, good and bad, can be learned? Towns and cities across the world are littered with the experiments of architecture, as well as the inevitable consequences of more thoughtless building, particularly in the aftermath of the second World War, when needs were urgent and finance in short supply.

In post-war France, Le Corbusier famously said that houses are machines for living in. While his social housing machine in Marseille, the Unité d’Habitation, inspired a rash of poor imitations around the world, the original is now a chic address for middle-class professionals, proving that the problem is not with high-rise buildings per se, but with how they are designed and maintained. Le Corbusier went on to build three more Unités in France and one in Berlin. In rough-cast concrete, the multistorey blocks have exceptionally wide corridors, double height, dual-aspect apartments, and each included a school, roof-top pool, running track and a stage for theatrical performances.

In September this year, the National Trust restored flat 130 Balfron Tower, where Goldfinger and his wife lived for a year in 1968 to host cocktail parties and prove the desirability of high-rise living.

In a letter to the Guardian at the time, Goldfinger wrote: “The whole object of building high is to free the ground for children and grown-ups to enjoy Mother Earth and not to cover every inch with bricks and mortar”.

In the same piece, Oliver Wainwright added: “All the usual actors of regeneration have been paraded through the building, the artist-tenants performing their valiant role as the kamikaze agents of real estate ‘value uplift’.”

Perhaps the trajectory of successful and innovative social housing is inevitable: from scepticism and outright disdain (the Marseilles Unités d’Habitation was also nicknamed La Maison du Fada/The Nutter’s House), to acceptance and, perhaps inevitably, to gentrification. In Aarhus, Denmark’s second city, two JDS* architects worked on the “Iceberg Project”, completed last year. This award winning, mixed-use scheme of 200 apartments broke down the usual monolithic building structures to create a development where every single apartment has a sea view. It also came in as the cheapest to build in Denmark per square metre.

Closer to home, recent RIBA gold medal winners O’Donnell + Tuomey provoked strong criticism when they unveiled their plans for a small development in Galbally, Co Limerick (completed in 2002). “We thought we were building the most low-key, contextual project,” recalls Sheila O’Donnell of the terraces of sheltered housing for the elderly that run down to the main street of the town. Opposition centred on an absence of traditional features, dormer windows, gables, projecting eaves and so on. O’Donnell remembers bringing a group out into the town to show them that none of these “traditional” elements actually existed there. “People have a perception of the motifs that represent the traditional, and that perception is actually very English, and very suburban,” she says.

The original brief had been for another new Dublin “tradition”, a series of apartments over shops; but, pointing out the number of vacant shop units already on Cork Street, the architects successfully argued for a rethink. “We thought the street should be modulated by front doors. If you take all that away, you have taken away a big part of what living in the city is about.”

As more of us move to cities, those thoughts should be paramount in the minds of architects, planners and policymakers at every level.

The trained GP who can’t work in Ireland, despite the shortage
6