Building at 36 Ailesbury Road is protected structure and sold for €4-4.5 million to Shane Ryan 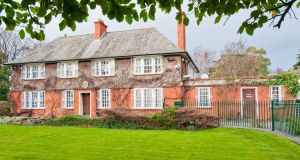 It has been two years since the French bid adieu to their consulate at 36 Ailesbury Road, known as the Chancery. In 2008, they had attempted to sell the property for €20 million, which, rather unsurprisingly, failed to sell as the market spiralled downward. One recession later and it came back on the market seeking €5.5 million (a fall of 73 per cent). The building was not particularly practical as a chancery and there was more interest from private individuals than embassies thanks to its exceptional site.

Requiring total refurbishment, the building is a protected structure, which may have deterred some interested parties who would prefer to have demolished the house than refurbish it. With an estimated €2.5 million of investment needed to refurbish the property and with no bank likely to lend it, cash-laden pockets were required.

The mystery buyer turns out to be Shane Ryan, son of the late Ryanair founder and business tycoon, Tony Ryan, who acquired the house in late 2013 through his investment vehicle, Maroon Capital for somewhere between €4 and €4.5 million. Ryan lives on Kilboy Estate in Tipperary, and the Ailesbury Road property has lain empty since he acquired it.

The house stands on an acre of land and is one of the best sites on the exclusive road should Ryan ever choose to refurbish or redevelop it.

His niece, Danielle Ryan, who inherited her late father Cathal’s fortune, traded in her country estate, Stacumny House, for city life also. About 73 per cent seems to be the magic number for the Ryans, as Danielle purchased 24 Fitzwilliam Square South, the former home of publisher Kevin Kelly, in 2012 for €2.65 million, down from an initial asking price of €10 million. The property was exquisitely decorated and furnished, though these furnishings were auctioned off by the Kellys for more than €500,000 and Ryan has since refurbished the 603sq m townhouse throughout.