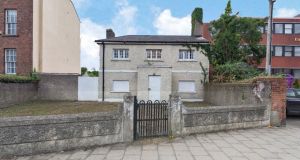 The Roche family has emerged as the mystery buyer of 53 Percy Place, a prime development site in Ballsbridge that was sold recently by Waterways Ireland. Ailesbury Road duo Ann and Tom Roche, heirs to two of Ireland’s great business dynasties (Doyle Group and Roches Stores), each hold a third of the shareholding in Praiano Ventures, the investment vehicle that owns the site.

Praiano reportedly fought off rival bidders such as Johnny Ronan, paying €1.7 million for the 10th of an acre site – €100,000 over the asking price. Bidding concluded towards the end of 2015 and the sale closed in February. John Roche also holds a 26 per cent shareholding, and heads up the company. The 29-year-old Ballsbridge resident is also responsible for popular eatery Cocu Kitchen, which has restaurants on Hatch Street and Baggot Street, just moments from the Percy Place site. Castleknock-based Michelle Roche holds the remaining 8 per cent shareholding.

The proposed plans for the site include the demolition of the existing derelict cottage and the construction of a five-storey over basement apartment block. The Tyler Owens Architects-designed complex would comprise seven two-bedroom and two one-bedroom apartments, with a car lift providing access to eight parking spaces at basement level – less than one space per apartment. The building would also feature a private roof garden.

The development of high-end apartments in this location is not new following the recent launch of nearby 55 Percy Place, where half of the designer apartments were sold at record prices prior to its public launch in January. If a 56sq m one-bedroom unit at 55 Percy Place could command an asking price of €650,000 (€11,607/sq m), the prices that will be sought for the Roche’s scheme are bound to be among the highest in Dublin when completed.

The air is filled with birdsong now. It was always there, we just couldn't hear it
6