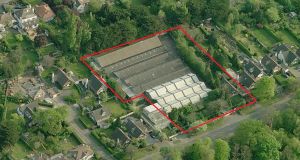 One of Mount Merrion’s last remaining development sites, 24 -28 Fosters Avenue, looks set to be redeveloped as 123 build-to-rent apartments. According to three separate entries in the property price register, the 0.54 hectare (1.34 acre) site sold last year for €3.945 million, however this may only have related to up to one acre of land, with a further sum expended on the remainder.

The purchaser, a special purpose vehicle named Foster Stack, appears to be controlled by businessman Lochlann Quinn’s six children, who, through various investment vehicles hold about 78 per cent of the company’s shares.

According to company documents, part-funding for the site was provided by veteran developer Paddy Kelly, and his son Chris, whose Redquartz development company and associated entities have been trying to develop the site since 2002. Other funders include an entity linked to CapStack, the property financier based on Fitzwilliam Square, and the founders of Filestores, whose offices were once based on the Mount Merrion site.

In 2002, a hospitality company linked to Paddy Kelly applied to build 53 apartments intended for the elderly, along with a medical and leisure centre on the site. Those plans were parked in 2004 when Kelly’s Redquartz opted to seek planning permission for a townhouse scheme on the site, which obtained planning permission. Finally, in 2008, Redquartz sought planning for an exclusive scheme of 19 houses, each at least 287sq m (3,090sq ft) in size and incorporating hallmarks of the Celtic Tiger era, including elevators in all houses. Planning for the scheme was refused.

Foster Stack now intends to apply for planning permission under the Government’s fast-track planning system for the 123-unit build-to-rent development. The site is situated directly opposite an entrance to UCD and is less than a five minutes’ walk from the nearest bus stop on the N11 QBC, affording ease of access to the city centre, and should therefore prove popular with future tenants, should planning be granted.

Mount Merrion has seen a flurry of proposed new developments in recent years, including Marlet’s Oatlands scheme at Cherrygarth, which has planning permission for nine houses and 54 apartments. Across the street, planning has recently been granted for 13 houses and 33 apartments on the site of Thornhill House.

Nearby on Deerpark Road, Paddy McKillen jnr and Matt Ryan’s Oakmount has planning for 98 high-end apartments. A feasibility study commissioned by the developer last year suggested the site has capacity to accommodate 193 units if revised planning permission is sought.

Those three schemes will deliver a minimum of 207 new homes in Mount Merrion, while construction of two smaller schemes are nearing completion. Greygates Hall, an 18-unit apartment development by Victoria Homes on Roebuck Avenue, will be the first new homes scheme to reach completion in over a decade in the locale. Another development at 93 The Rise by Centurion Developments comprises 10 new houses and is also due for completion this year.

Tesla’s next-gen Model X: A frustrating €95k drive – but everyone else will love it
9