Views to the green at Greystones Golf Club 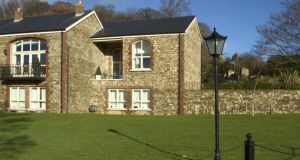 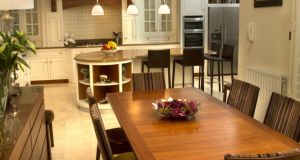 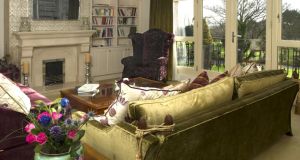 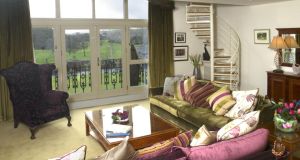 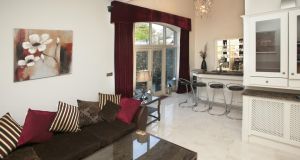 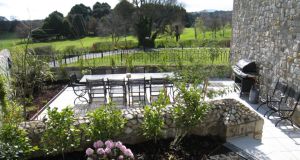 The Burnaby in Greystones is considered the finest address in the locale. It was the first planned housing development in Ireland following London’s Garden City Movement, which was an antidote to the Industrial Revolution and sought to provide good living conditions in a green belt within close proximity to an urban area.

Situated overlooking the 18th hole of Greystones Golf club is Killincarrig Manor, a development of three terraced properties built in 2002 to reflect the style of the old stables of the Burnaby estate.

Number eight enjoys a corner site and is owned by businesswoman Angela Kennedy, who has moved to Australia to pursue a career in property and has placed her home on the market through estate agent SherryFitzGerald with an asking price of €2.25 million.

In 2007 Kennedy upgraded the property under the guidance of architects PD Lane & Associates, almost doubling the original size to an extensive 312sq m (3,361 sq ft) set over three floors. Three of the bedrooms are at garden level, while the reception rooms and kitchen enjoy glorious views from the first floor. The result is outstanding and while large, at no point does the property seem ostentatious. There has been meticulous attention to detail: from the Bose integrated speakers to the rosewood bespoke kitchen and various courtyards throughout.

Number eight is accessed through electric gates into a courtyard set over several levels. Clipped Buxus and granite paving mean new owners will have a maintenance-free garden that is perfect for entertaining. This property is a host’s dream; with a large kitchen with expensive appliances including a Miele coffee maker, microwave and wine cooler and a pair of Fischer and Paykel dual drawer dishwashers. Off the dining area is what resembles an Italian loggia, with pointed granite walls and a glazed screen for uninterrupted views of the golf course. Upstairs from the diningroom are two studies which could have a multitude of other uses.


‘Most liveable community’
The informal livingroom has dual height ceilings and a swanky bar for pre-dinner drinks with patio access for sunny evenings. There is a seamless link from what was the previous house to its current form – the only evidence is the retention of an old exterior pointed granite wall which acts as a feature within the room.

A formal livingroom with grand views of the golf course through full height doors which open on to a further patio adorned with giant Buxus.

Upstairs via a spiral staircase is the master suite, with a holograph fireplace and a patio which catches the evening sun. The three remaining bedrooms are doubles and overlook the communal garden to the front of the property.

The granite garage is a self- contained unit and can be used as a guest cottage.

In 2008, Greystones was named the world’s “most liveable community” at the LivCom awards in China.

New owners of number eight Killincarrig Manor can sip cocktails in the sun from this house overlooking the 18th hole of one of Ireland’s oldest golf clubs. Very liveable indeed.

Ask the expert: My 7-year-old son says he hates himself
10