Valentia Island cottage for €250,000 makes the most of sea views 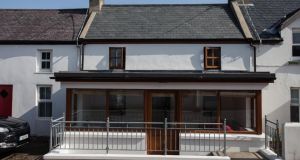 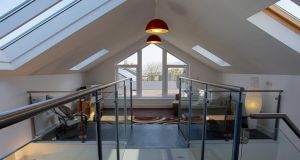 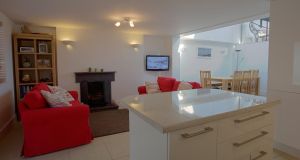 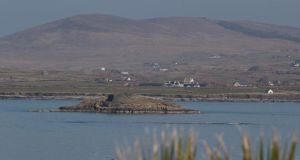 Dubliner Colm Healy first came to the Kingdom Kerry to visit his sister in 2004. Five years earlier he had sold his IT outsourcing company, before the dotcom crash, and skipped off to Asia to sate his wanderlust, spending one of those four years in Australia, where he bought and flipped a few houses, returning home with, as he puts it, more money than he had when he left.

The entrepreneur was looking for a new project, and Skelligs Chocolate, a company founded in 1996, was for sale and Healy decided to buy it. “Chocolate makes people smile,” he says. The open-plan factory is open to the public .

On a visit to Valentia Island, about a 20-minute drive away, a picturesque point that is one of Ireland’s most westerly and connected to the mainland by a bridge, he spotted Number 5 Peter Street, an empty two-storey cottage. After consulting an architect friend he bought it for €85,000.

Originally measuring a modest 74sq m (800sq ft) Healy doubled its size, extending it to make the most of the best feature of this mid-terrace house – the surrounding seascapes. Works were completed in 2011.

To enjoy the southwest-facing aspect to the front, he added an old-fashioned sunroom. This leads to an open-plan kitchen-livingroom with an open fire and a decorative surround made of Valentia slate.

The diningroom is situated in the extension, a double-height space that has a perforated metal staircase leading upstairs to a dormer sittingroom with ever-changing sea views. The master bedroom is also on this level and has a shower en suite bathroom.

The property’s other two bedrooms, a double and a single, are situated on the ground floor. It has a small garden to the rear.

Healy spent two years living in the house but is now married with a three-year-old son. The family spends most of their time in Dublin, where the majority of the chocolate company’s business is based.

The property is asking €250,000 through agents Gallagher Quigley.

‘Our dream home came on the market... then a nightmare followed’
2

Stylish activewear: Who said working out had to be a dull?
7