Two Dublin homes offer style and space at a discount

Donnybrook and Rathmichael properties are on sale with substantial price cuts 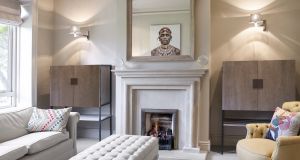 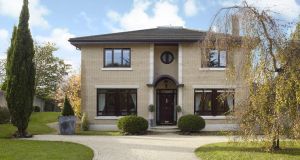 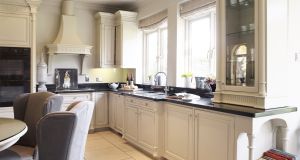 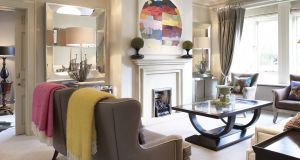 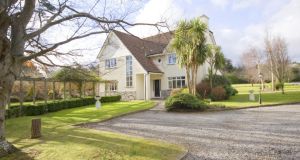 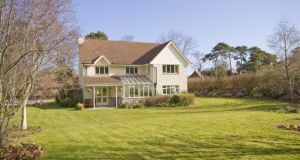 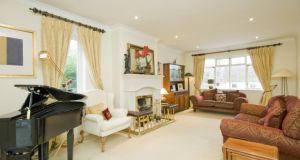 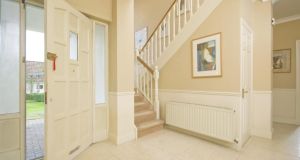 The immaculate interiors in the photos of 4 Thornfield, Stillorgan Road, Dublin 4 suggest that the five-bedroom detached house has been staged for sale – and that is the case.

Since it was bought about 20 years ago, when the Thornfield development first came on the market, number 4 – which was the showhouse – has been rented.

Let mostly to diplomatic staff, the final renters left last year when the owners embarked on a checklist to get it ready for sale.

To show it in its best light, it has been repainted from top to bottom and decorated by Rowell Design in Donnybrook.

Now in ready-to-walk-in condition, it is for sale through Knight Frank for €2 million.

It did have a previous outing on the market in 2008, when it was asking the boomier price of €3.25 million.

Thornfield was built on the site just opposite RTÉ. There are five identical houses around a small green area and three apartment blocks – the houses are to the rear of the mature site and back on to UCD’s Faculty of Horticulture.

It’s not surprising that number 4 was chosen as the showhouse as it’s probably the most impressive of the five because of its very large rear garden – the house stands on a third of an acre.

Downstairs there are rooms on either side of the wide entrance hall to the front – one set out as a formal diningroom, the other a comfortable livingroom.

This opens into a rear reception room and on through to the kitchen so there is a very family friendly flow to the house.

Also off this reception room is a small study with arched windows to the front and rear.

Mature estate The good-sized, eat-in kitchen is fitted with painted timber units, topped with black granite and there are double doors out to the back garden.

Off the kitchen is a large utility room, also with access to the rear.

A rooflight floods the landing and hall with light and in general the house feels bright and airy.

There are four double bedrooms, one with a bathroom en suite, and a small single. The family shower-room has been recently updated.

Thornfield feels like a mature quiet estate, with many residents having lived here since the beginning.

Number 4 has parking for three cars in front.

Up a small private lane off residential Falls Road in Rathmichael, Woodlands is a sylvan haven where the arrival of spring dots colourful patches of primroses around its extensive lawns.

The four-bed detached property was sold to the current owners by Tour De France winning cyclist Stephen Roche, when he owned a number of houses in this area.

In 2010, Woodlands was placed on the market again asking €2.2 million – almost double the current price sought – before being withdrawn.

Built in 1981, it stands in the middle of an acre of gravelled parking, grass and gardens at the end of a birch-lined avenue.

The owners have been living abroad for some years, and rented the house until recently.

While it’s presented in walk-in condition, the decor is a little dated, and the kitchen will almost certainly need updating.

But there is lots of room for a family; the bedrooms are all extremely spacious doubles, and the master has a dressingroom and a lovely en suite.

Downstairs there’s a cosy den off the marble-tiled hall, with a solid-fuel stove, and a large, bright drawingroom, which flows into the diningroom, and via a little sunroom into the kitchen.

The stairwell is lovely and bright too, and has a double-height window for a bit of drama on the way up. It all feels very generous and airy.

The attic is pretty spacious, so if required, there is room to go up – rather than out.

That said, there was also planning permission, dating from 2008 and now lapsed, for another four-bed detached property in the grounds.

The area is about 30 minutes’ drive from the city centre off-peak, and is also convenient for the Dart at Shankill or Luas at Brides Glen.

The beauty of Rathmichael is that you’re on the edge of the countryside, with plenty of amenities, but also a whisker from the M50, Dalkey, Dundrum and Bray.

In easy walking distance is Shankill village. Woodlands would make a lovely family home, with just a little updating.

Dublin’s Morrison Hotel lined up for €85m sale
What sold for about €500k in Ballsbridge, Dalkey, Sallynoggin and Lismore
Delgany Georgian on reduced lands sold for €1.3 million
Cookstown land earmarked for 1,156-unit apartment scheme
What sold for about €645k in Clontarf, Dún Laoghaire, Kilmacud and D18