Streamlined efficiency at builder’s rebuild on Ailesbury Road for €4.25m

Vast use of glass throughout completes remarkable turnaround 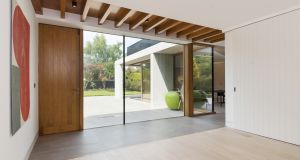 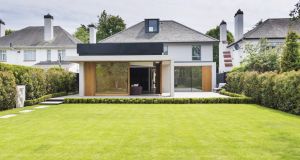 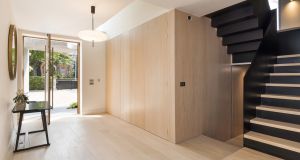 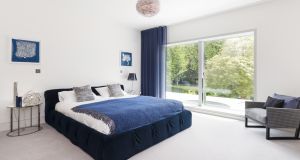 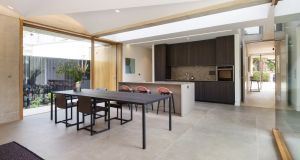 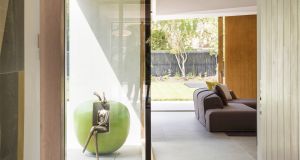 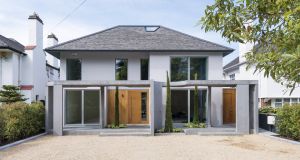 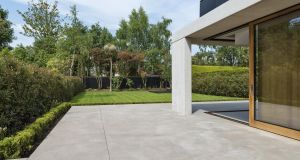 Conor Rhatigan opens the giant accoya pivoting door at 70 Ailesbury Road with a huge grin. This is the finished product in the latest offering from the family business Winterbrook, where the 28-year-old son of seasoned developer Francis Rhatigan has joined the family business along with sisters Ann Marie and Kate.

They are the new generation to join a company responsible for such developments as Hanover Quay and 24 units currently under way adjacent to Foxrock Church. It has further plans to construct 46 units in Enniskerry and 56 apartments in Bullock Harbour in Dalkey.

The Ailesbury Road property was purchased by Rhatigan in 2016 for €2.25million [having previously sold for €2.35million in 2002] “what we bought was a carbon copy of the houses either side, but we took it right back to the four walls and completely rebuilt the house,” says Rhatigan.

Under the guidance of architect Allister Coyne of Ailtireacht – known for its striking one-off designs: “we wanted to do something really interesting, that really pushed the boat out in terms of space and light,” says Rhatigan.

A key goal was to attain an A3 energy rating – a long way from its low D rating at time of purchase. The turnaround is quite remarkable when the vast use of glass throughout is taken into consideration. It means there is no open fire, but it is plumbed for a gas unit.

The facade is framed by a poured concrete canopy, designed to have a cheeseboard effect (think slices of Edam) to catch the sun, with down-lighters for ambient light at night. It offers privacy as the two front rooms have walls of glass overlooking the front garden.

Internally the property is incredibly bright, with light flooding in through a multitude of roof lights reflected through internal glass balconies.

The house has three large reception rooms – one of which lies behind a secret door in the form of a storage unit in the hallway, and two have garden access through patio doors.

To the rear lies a vast space; a kitchen, dining and living area, where two entire walls open up to create a seamless divide to the paved Italian limestone patio.

Minima has staged the house for sale and also designed the Elmar kitchen. The first impression is rather basic, but a hidden pantry and separate utility– complete with a wine cave, second dishwasher and third sink – runs to the rear allowing the kitchen itself to be very streamlined.

70 Ailesbury Road is not a refurbishment, it is essentially a striking new build, and it is on the market through DNG with an asking price of €4.25million.

‘I spent lockdown renovating a little piece of heaven’
10

In Irish orphanages, being ‘coloured’ was a defect. I wish Mam had lived to see Black Lives Matter
Real news has value SUBSCRIBE