Selling off the holiday home for £5 million

Dundarave Estate, close to the Giant’s Causeway in Antrim, is historic seat of clan Macnaghten

A rare look inside Dunderave one of Northern Ireland's largest privately owned estates. Built in 1846 and located between Bushmills and the Giant's Causeway its on sale for £5million. Video: Bryan O'Brien 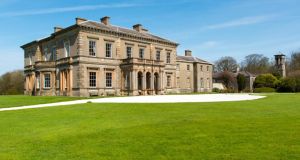 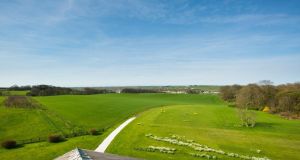 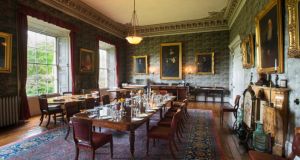 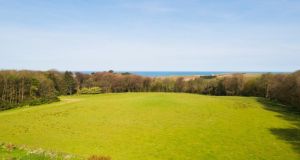 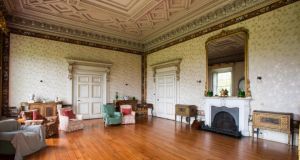 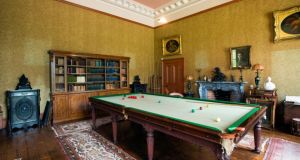 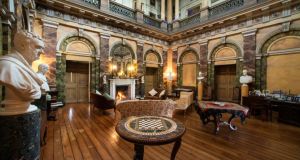 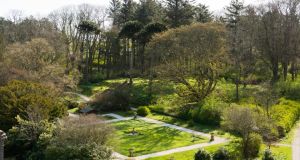 Standing in the Great Hall of Dundarave in the village of Bushmills, on the north Antrim coast, Sir Malcolm Macnaghten cuts a lonely figure. Under the stony gaze of stout marble busts and gilded portraits of ancestors, he is preparing the historic seat of the clan Macnaghten for sale.

The estate, close to the Giants Causeway, has been used as a summer residence since the 1920s and Sir Malcolm says it no longer has any practical place in the lives of the remaining family.

Originally built between 1846 and 1849 to a classical Georgian design by Sir Charles Lanyon, Dundarave was planned as an alternative residence to the nearby Bushmills House, which no longer stands.

Off the vaulted vestibule entrance is the stunning Great Hall which was modelled on the Reform Club in London. Scaling the full height of the building a railed gallery landing tops marble-effect archways on each side of the perfect square. High above the decorative mantelpiece on Corinthian pillars, 20 cast-iron Doric columns support an ornate cupola pouring light down on the baronial hall. It’s certainly a departure from what you’d expect – even in the grandest of houses.

Passed from generation to generation of Macnaghtens, who have long since settled in the UK, it is fondly recalled as a childhood holiday home.

Sir Malcolm remembers wreaking havoc racing bikes around the upstairs gallery when his grandmother was in residence. But Dundarave wasn’t always the first port of call for the Macnaghtens, who for many years opted instead for another slightly less grand Victorian Gothic property, closer to the sea at nearby Runkerry.

Dundarave has not had full-time residents since the 1920s, though it has occasionally been used as a shooting lodge or for family events. Last year the estate hosted an open day, and Sir Malcolm met older residents of Bushmills who said it was their first time seeing the house, though they had family who had worked there for many years.

Despite its imposing basalt stone façade, Dundarave is a very liveable house crying out for new inhabitants. Off the Great Hall, the diningroom alone would fit a large three-bed semi – a two-storey at that. It interconnects through one and a half foot thick walls to the ballroom with its original marble mantelpiece and three huge Wyatt windows.

Outside is a most unusual cobbled semi-circular courtyard with outhouses, which leads up steps to the old farmyard and stables with its beautiful clock tower where a bell rang daily for lunch and at close of day.

There is a further manager’s house, a garden cottage and four lodges, including the original gate lodge, a Grade 1 listed building.

Though slightly forlorn, Dundarave could be used immediately as a residence. It’s clear from the polish on the wood floors, the working doorknobs, the gleaming hanging pots and pans in the scullery of the old kitchen that the small house staff that remain still take their work very seriously. They address Sir Malcolm as “Sir”. He looks a little uncomfortable with it all, though he enjoys the fine food served to him in the diningroom.

Tomorrow he will take an Easyjet flight back to his “other life” in England, with his job in IT and his more modest home south of London.

Italian indulgence in a coffee, cream and cocoa dessert
8