Restored prospect in Killiney for €2.1m 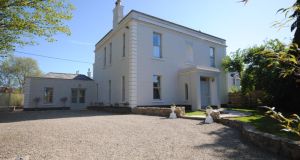 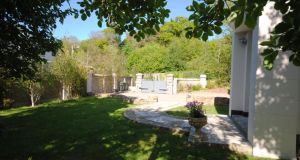 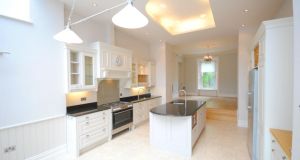 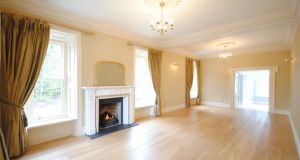 In 2005 Brian O’Connell and Adrian Murphy purchased Mount Prospect House on Killiney Hill Road, for €3 million. The pair developed Montclare – three high-spec houses on the grounds of the house, designed by McCauley Daye O’Connell architects, and then proceeded with the main house.

“The house itself was a total wreck, the place was literally crumbling,” says Murphy, who adds that restoring property is in his blood. He also rebuilt Grattan House in Wicklow, which sold for €3.8 million in 2013. The result is truly remarkable when comparing photographs of what the house resembled a decade ago.

The elegant proportions of its 1847 build still remain as do the exterior walls and stair case, but that is about all – the restoration really became a rebuild as the house was in such a state of disrepair.

Murphy consulted many Georgian books to ensure the new mouldings, architraves, and fireplaces were all sympathetic to the original form. Even though the house was erected in 1847, and is technically Victorian it has more of a Georgian feel.

Spread over two floors, the property has high ceilings, and a mixture of oak and Crema Marfil flooring. In a new room to the rear – which would make a wonderful formal diningroom, the inspiration for the flooring, which takes the form of tile and wooden lattice, was taken from Maison Hennessy in Cognac.

The bespoke kitchen was designed by John Crowe, who Murphy has collaborated with on many projects, and comes with all the bells and whistles expected of a high spec culinary setting.

The rear of the breakfast area was extended to throw more light into the room and opens out onto an external dining area overlooked by a modern water feature.

An elegant dual aspect drawing room runs almost the entire length of the house, and features an Adams style fireplace and high ceilings.

Bedrooms, of which there are four, are of stately proportions. Most of the original gardens were taken up with the development of Montclare, but a good chunk still remains to the front and side.

Mount Prospect House at 289sq m, is a combination of period living with all modern conveniences, and is in turnkey condition. For sale through Eoin O’Neill Property asking €2.1 million.

Róisín Ingle: Five ways to find joy in a pandemic. Only one of them is illegal
8