Restored glory and prized parking in Sandycove for €1.075m 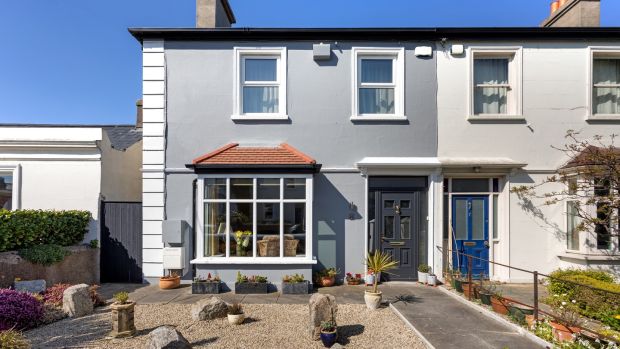 The couple who bought a semi-detached 1920s house in Sandycove, Co Dublin, in 2011 for €571,500 needed to do a lot of work to modernise it – but they were determined to keep its period features. These included original timber floors, picture rails, dado rails, coving and original fireplaces. At the same time, they extended the kitchen to create a modern open-plan kitchen/dining room and upgraded bathrooms.

Now this 153sq m (1,646sq ft) three-bed semi-detached house with a 76ft-long back garden is for sale through Sherry FitzGerald for €1.075 million. Importantly for a house on busy Albert Road, it has off-street parking in the back garden, off a lane at the back of the house.

For one of the owners, moving here was a bit like coming home: she was born and raised in Albert Park, a small cul-de-sac off Hudson Road directly behind the houses at this end of Albert Road, and she used to play in number 8 as a child.

The couple rewired and replumbed the house, put in new heating, expanded the kitchen, redecorated the house and landscaped the garden with a lot of attention to detail. Ten years on, with family grown, she and her husband plan to downsize locally – and aren’t daunted by the prospect of tackling another project.

The timber-floored front hall is wallpapered in a pale gold pattern. On the left is the drawing room with a wide box bay window, an open fireplace and a tall cast-iron fireplace painted white, and walls painted a shade called yellow country cream.

Behind it off the hall is a smaller sitting room – originally the dining room – with timber floors, ceiling coving, picture rail and recessed lighting. Three steps down from here lead – like the front hall – into the kitchen/dining room, which was extended by widening it to the side of the house. It has a gleaming, pale, porcelain-tiled floor, cream kitchen units, marble-tiled countertops and a walnut-topped island unit with seating. There’s a Velux window on one side and a multi-fuel stove with a smart, slate-grey brick backdrop. Neff appliances and a large American fridge are included in the sale price. French windows open to the rear garden.

Upstairs, the main bedroom runs the width of the house and has two triple-glazed windows that keep out traffic noise, says the owner. There is also a small, fully-tiled en suite shower room and neat walk-in dressing room beside it. The other two bedrooms are both doubles, overlooking the rear garden. The fully tiled family bathroom has a shower and bath.

The long rear garden has three different areas: there’s a good-sized limestone patio, a neat lawn bordered by plants beside a gravel path leading to the gravelled parking area at the end, with an electronic gate opening into it from the rear lane. There are two sheds at the side of the garden and another shed at the end of the garden for storage.

The house is a few doors up Albert Road from the Hudson Road/Elton Park junction, a short walk from Glasthule village and an even shorter walk to the Hudson Road park and playground.