This split-level house nestled on George’s Avenue exudes character and personality, and has a large, secluded garden with fruit trees 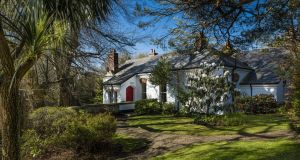 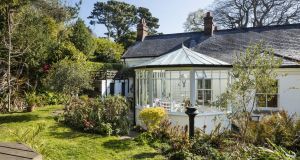 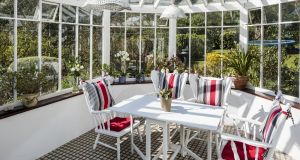 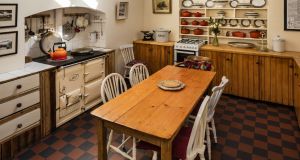 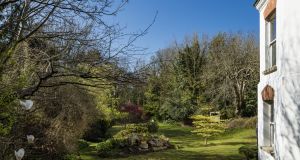 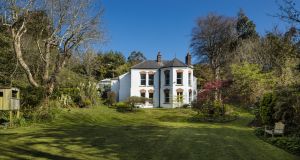 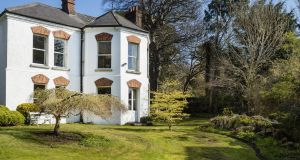 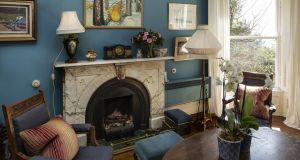 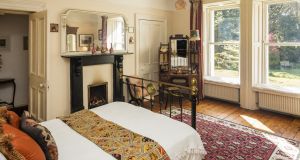 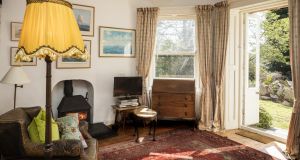 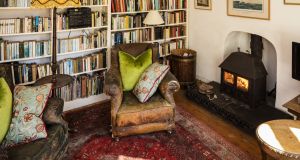 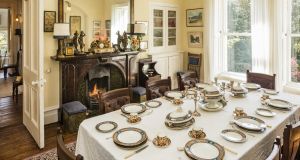 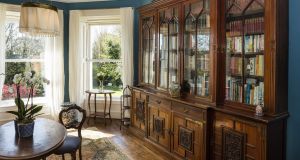 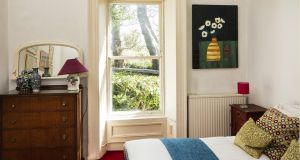 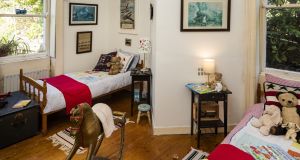 Believe it or not, there is a common link between a vast university campus in Punjab, India and a small conservatory added to a house dating from 1848 in Killiney.

The connection is Valerie Mulvin, a partner at the architectural firm McCullough Mulvin, which has been behind some of Ireland’s iconic buildings such as the Temple Bar Gallery and the Trinity Long Room Hub in Dublin and the redesign of the Model Arts Centre in Sligo. Mulvins’s current work includes the campus in India.

After graduating in architecture, she designed the simple conservatory for her parents’ home, Woodbank on St George’s Avenue in Killiney, which they purchased in 1969. She also added an en suite to the master bedroom which features her signature wheel window.

The split-level property, which is hidden from the road, appears on land registry maps from 1848, making it one of the oldest standing houses in Killiney. At that time Killiney was agricultural land – a maritime barony without roads where the fourth duke of Dorset died while hunting in 1815, with the title dying along with him.

The house has reared the Mulvin family “where we held every family anniversary and celebration since we moved here”, says Gilly Mulvin. Five of the six siblings celebrated their weddings on the lawn with up to 160 guests, while some friends also had 21st birthday parties here.

The property is laid out around a simple country kitchen – with the old servants’ bells still hanging close to the tall vaulted ceiling. “We used to cycle around inside as kids – it really was a bit of a mad but very happy home,” says Gilly.

Laid out over two levels, the top floor houses the drawingroom and diningroom, both of which feature original marble fireplaces and views over the main garden. The drawingroom has triple bay windows which are echoed in a study at garden level.

The diningroom, which has hosted many family celebrations, has intricate stucco work beneath simple coving and distant views to the sea.

At garden level are two large bedrooms – there are four more on the upper floor. The burning embers of turf in the master bedroom’s fireplace give an earthy redolence to the air.

Adjacent to this is the study with walls full of books and a simple stove. Old French windows spill out on to the main garden, which features Acer palmatum, Cornus controversa and a stunted weeping birch – a serendipitous outcome of mischievous family canines.

Along the corridor is what Gilly describes as “our cubbyhole”. Originally it was a wine cave, but over the years it has served as a sewing room, playroom and store room. Noël S Mulvin, Valerie and Gilly’s late father, tacked insulation onto the walls which can easily be removed and the room reinstated as a large wine cellar.

There is an abundance of storage in smaller rooms throughout this 333sq m (3,600sq ft) home, including a boot room, utility, scullery and large hot press.

The property, clad in passiflora and clematis, has aged gracefully, but new owners will want to update the kitchen in addition to bathrooms and carpets.

Outside, the gardens which are on three levels, were meticulously maintained by the late Dolores Mulvin – the green-fingered matriarch of Woodbank for almost 50 years.

“She smuggled a slip of that in her suitcase from Ibiza,” says Gilly, of a bird of paradise on the cusp of flowering, which is flourishing in the conservatory with other tropical plants.

A patio off the conservatory is overlooked by tall olive trees, which along with pear and apple trees, provide a bounty of fruit. As well as gooseberries and currants, a cloudberry bush rambles alongside carpets of wild garlic.

The family found a well on the lands some years ago and Gilly, who works in the science department of University College Dublin, had the water tested. “It was found to have great mineral content – we could have bottled it,” she laughs.

Woodbank, a charming old pile nestled in a sunny hollow on 0.62 acres, is for sale through joint agents JLL Residential and Finnegan Menton with an asking price of €1.75 million.