Radical Manhattan makeover on a Limerick redbrick terrace for €795k 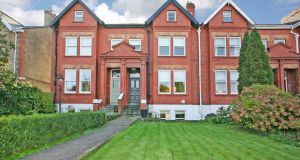 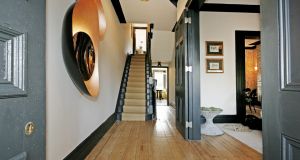 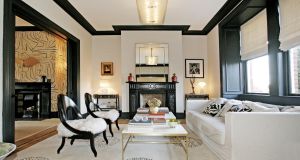 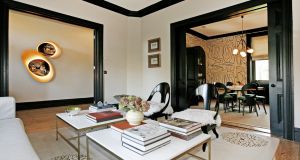 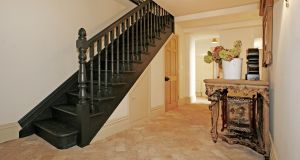 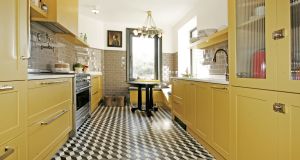 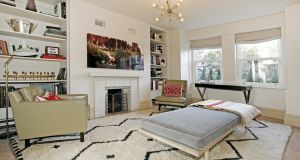 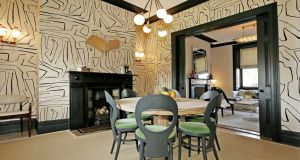 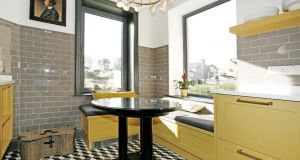 Moyola Terrace, a line of six late Victorian homes lies on one of the most sought after roads in Limerick city. Just a 10-minute walk to the centre, the property on the Ennis Road, is within easy walking distance of schools, Thomond Park and Limerick Lawn Tennis Club.

When it was purchased by the present owners in 2017 for €550,000, it was “in poor condition and everything had to be upgraded” according to retired Texan financier David Sawyer and his interior designer wife Amanda.

Within two years, the house was listed as one of the highlights of Visionary Homes, featuring at the Limerick Open House exhibition in September.

The entire property was gutted and upgraded, with some walls removed and new windows installed, all overseen by Quinton Rice of NS Construction.

“He thought we were mad installing a double fold-out door to replace the original door from the drawingroom to the hallway,” says Limerick native Amanda.

But it turned out to be a very clever move as not only does it echo the pocket doors between the reception rooms, but it also creates an almost foyer-like space with an easy flow and where a light installation by Niamh Barry in the hallway now forms a focal point in the drawingroom itself.

There is a cosy den at garden level which acts as a perfect balance to the formality of the reception rooms upstairs.

The interiors are a far cry from most period homes and indeed will create a divide between those who think that they are far too radical, and those who will just fall head over heels for the bold if not brazen use of colour – especially in the gunmetal greys on the doors, architraves and cornices and the vibrant mustard kitchen.

Inspiration for the project came from Amanda’s 20-year tenure as an estate agent in the affluent areas of SoHo and Tribeca in New York: “It was a toss-up between interior design and real estate, and I ended up working in real estate for two decades. But what I learned about interiors really came from the high end units which sold off plans and the amazing designs that were applied to the floor spaces.”

She also credits Belgian designer Axel Vervoordt and American Steven Gambrel as being strong influences on her choices, and indeed like Gambrel’s work, the interiors of 2 Moyola Terrace are both familiar yet unexpected.

On returning to Limerick four years ago, Amanda together with sister Siobhán established an interior design service and online interiors shop Irish Girl In Brooklyn, which deals in quirky and eclectic hard-to-source furniture and lighting.

An interesting feature in Moyola Terrace are the pieces of Victorian furniture, such as the breakfast table in the diningroom and an ornately carved console table at garden level, which have been painstakingly stripped back to their bare wood by John Synnott of Synnott Furniture.

Despite being more than a hundred years old, taking away the years of varnish now gives a modern touch which feels right at home with the mid-century and 1970s pieces throughout the house.

At garden level there is a cosy den, a room with doors to the garden which is used as a yoga room (but would make a perfect fifth bedroom), a pantry and laundry room.

Upstairs are four fine-sized bedrooms, with the main family bathroom on the return.

The real delight is the attic bedroom with a quaint little fireplace and white painted floorboards. Here the roof line adds an interesting shape to the ceiling, marked by painted rafters against the neutral backdrop. It is designed with a simpler palette by comparison with some of the other bedrooms, where the wallpaper can feel a little fussy in contrast to the décor used throughout the rest of the house.

There is an en suite and tiny reading space also at this level, and it feel miles from the city centre which is just a stone’s throw away.

The property has two generous gardens. The long lawn to the front provides ample privacy from the Ennis Road outside, and to the rear is a small courtyard and a fine rear garden with off-street parking which can be accessed by a private lane.

The back garden with its southerly aspect has buckets of potential. At the moment it is just laid out as a rough lawn.

The property which stretches to 240sq m (2,583sq ft) over four floors is in turnkey condition and the sisters have now set their eyes on old Georgian properties for their next venture.

Seat’s new Leon: It’s now better than the VW Golf it’s based on
6