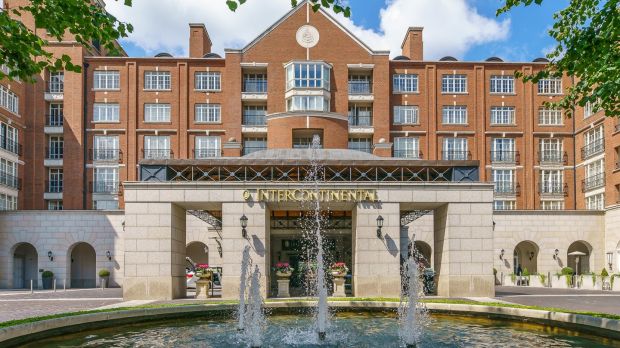 Staying in a five-star hotel for most is followed by a check out at noon, but a growing number of people are choosing to have a permanent base in high-end hotels. Both the Merrion and the Intercontinental hotels in Dublin have apartments that offer all the benefits of five-star service, but in a private capacity.

Twenty-four hour room service, a concierge that will book everything from dinner reservations to airline tickets and housekeeping are just some of the perks associated with this luxury living.

It is not a new concept though, French couturier Coco Chanel once exclaimed, “The Ritz is my home”, which was indeed true as she ended up staying 37 years in suite 302 at the Parisian landmark hotel, despite having a luxury apartment over her atelier on Rue Cambon. The pleasure of this room, which was redesigned with the late creative director of Chanel, Karl Lagerfeld, will now set you back in the region of €18,000 to €28,000 a night.

The Desert Inn in Las Vegas became home to the reclusive entrepreneur Howard Hughes. He checked in on Thanksgiving Day in 1966, and when his 10-day reservation was up, instead of checking out – he bought the place. He remained for four years, never leaving his 23sq m (250sq ft) bedroom, where he wandered around naked with the doors and windows sealed with tape, until he was removed by stretcher and flown to the Bahamas. At no time – despite Hughes being the owner – did he permit housekeeping access to clean his room.

This type of living doesn’t come cheap in Dublin. The purchase of the top two floors of the Merrion hotel by its owners Lochlann Quinn and Martin Naughton, where the fourth floor achieved €4.1 million and the third close to €7 million in 2014, shows the appetite for these exclusive pads with five-star trimmings. Considering houses along Shrewsbury Road were achieving as little as €2 million at the time, the prices paid in 2014 are significant, especially since they were sold as shell-and-core units – where new owners had the expense of both laying out and fitting out the apartments. These units were combined into two single penthouses, and now represent some of the most expensive apartments in the capital.

Further out on Merrion Road adjacent to the RDS, estate agent James Galvin has just launched four apartments on the market at the Intercontinental hotel, which were known as the Four Seasons residences until the hotel was rebranded in 2015. A two-bedroom 168sq m (1,808sq ft) unit has a particularly nice dual aspect from the main bedroom, and is seeking € 1.85 million. A one-bedroom 127sq m (1,307sq ft) unit is listed at €1.2 million. The two remaining units, a two-bedroom apartment and a one-bedroom unit, are being sold as one, as they sit adjacent to one another and would give a significant floor space of in the region of 285sq m (3,067sq ft) when combined. The price tag for the two is €2.7 million, and there will be the associated costs to amalgamate the pair.

Service charges are between €14,000 and €18,000 annually. This includes one car parking space per apartment in the private residents’-only underground car park and access to the swimming pool, gym and hair salon along with room service for whatever takes your fancy for 3am nibbles. It also includes heating, electricity and air conditioning plus a bins service – left outside apartment doors they appear to vanish out of sight. Cleaning and catering are extras which can be arranged through the management agency.

As these apartments are located on a private floor and not accessible to guests, security is one of the real selling points. While the late former taoiseach Albert Reynolds had a residence here, a few rock and rollers including Rod Stewart and Pink have also stayed here. Today it is a very quiet affair on the private floors, though the hotel feels eerily silent, as the only people mulling around are two staff members getting ready to finally fling the doors open on June 2nd. Residents at the moment are ambassadors and both national and international entrepreneurs, who need to have a serviced base in the capital. Galvin feels the apartments given their size, privacy and services will also make them highly attractive to those downsizing from grand dames in the locality.

Before Oscar Wilde died penniless in Hotel d’Alsace in Paris in 1900 where he had lived on and off for two years, he famously remarked: “My wallpaper and I are fighting a duel to the death, one or the other of us has to go.” The wallpaper won in the end shortly after Wilde had complained to his friend Robert Ross: “Something has to be done … As they give only breakfast at the hotel – not dinner – I am dinnerless.” New owners of the apartments at the Intercontinental can rest assured dinner is served every evening in the restaurant, on the sun terrace or in your own private dining room.