‘No bling’ developer’s home in family-friendly enclave for €1.35m 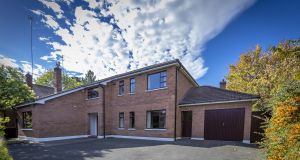 No 11 Tresilian, Foxrock, Co Dublin: major appeal will be the secluded family-friendly enclave 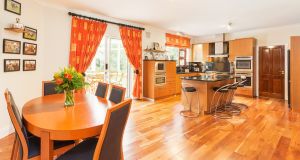 No 11 Tresilian, an estate off Foxrock’s Brighton Road in Dublin The kitchen was refurbished in recent years 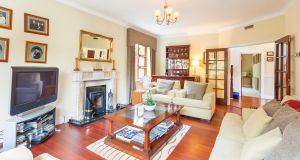 The main reception room has a feature fireplace 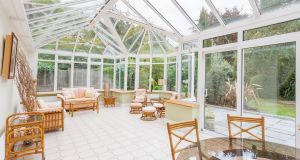 There is a large conservatory to the rear overlooking the compact southwest-facing garden. 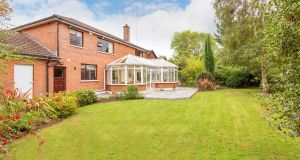 The garden of 11 Tresilian 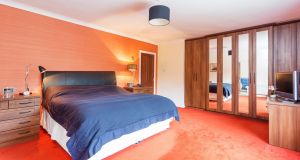 One of the bedrooms with a wall of built-in wardrobes 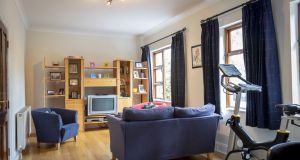 One of the reception rooms, mainly used for watching TV 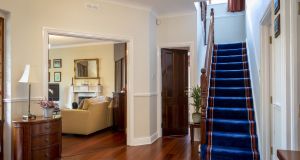 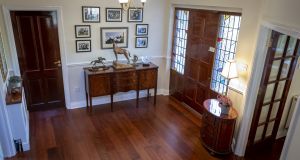 The hallway of No 11 Tresilian When developer Bernie Carroll moved into Tresilian, a “modern” estate off Foxrock’s Brighton Road 34 years ago, he had bought the private corner site from the developer and completed the design himself. A civil engineer by training, it was the early 1980s, and Foxrock in south Dublin was the dream location for the Clare man who had by then established a reputation as a quality housebuilder in the capital.

His first build had been at Watson Nurseries in Killiney in 1974, where Carroll bought eight sites, built them out, then a few more and a few more.

Following the collapse of Gallagher builders in 1983, he had a stake in a number of sites at the substantial Seabury site in Malahide. Carroll clubbed together with backers and bought the entire site from the receivers, building 600 homes there over the following decade. That introduction to bigger funders also paved the way to bigger investments.

While the business grew and grew, Carroll indulged another passion, horseracing. “I’d a half share in a racehorse before I had a car even.” This culminated in a rare double Grand National win. Numbersixvalverde will be fondly remembered by many as the winner of the Irish Grand National in 2005, only to top it the following year by winning the Aintree Grand National.

Tresilian proved an ideal location in which to rear a family with many happy memories made both at home and in the wider development where Carroll’s two girls made lasting friendships and attended school with neighbouring children.

Joe Dolan at one point owned a property in the small estate, and actress Amy Huberman grew up there. Houses don’t change hands here too often – it has been 17 years since the last house sold in Tresilian.

When the economy came crashing down in late 2008, Carroll couldn’t believe it. “I remember after Christmas 2009 sitting down and looking at the numbers and I just couldn’t see how I could get out of it. I simply couldn’t believe it would take so long for the market to come around again.

“Every year I would say this is it, it will pick up this year. I remember Christmas 2010, I was moving cheques from one bank to the next trying to keep it all going.”

He was one of a number who had joined in the ill-fated €412million Dublin Docklands purchase with Bernard MacNamara: “What kind of madness was that? I put up €3 million in mezzanine investment on a promise of a 35 per cent return over three years. Sure it was crazy.”

With debts owing to Ulster Bank of €90 million it was hard to see any light at the end of the tunnel. In the end help came from an unexpected quarter.

“One evening one of the bankers asked to meet me for a pint and told me I was wasting my time talking to them until I could prove I wasn’t trying to hide a load of money from them. I needed to submit a sworn statement of affairs. Within two weeks I handed it to them, and then the carve up started. They sold our offices, anything we owned, and anything that was in Deirdre’s [his wife’s] name. They took about 70 per cent of what was liquid, and I managed to hold on to the zoned lands that I had in Skerries, Malahide and Bettystown.”

Those land banks were key. Sited in good locations with zoning for housing and full planning permission, they were decent propositions when it came time to borrow again, and Bank of Ireland was the first to row in. Barnageeragh Cove in Skerries was one of the first new homes schemes built following the crash, while a substantial development at Ashwood Hall opposite Malahide Castle is well under way.

With 107 homes sold last year, Carroll says this year will be tougher. “There is no shortage of houses, the biggest issue is the shortage of loans, in particular the lower down the food chain you go. I saw it recently on our site in Bettystown, a young couple, the lad had missed three payments three years prior on a €3,000 debt. He had since paid it off in full but because of it couldn’t get a €280,000 mortgage anywhere. The biggest issue is access to credit for buyers.”

With children well grown it’s time to downsize, and the Carrolls are heading closer to the bright lights of the city. Whoever buys number 11 walks into a well built and carefully maintained 293sqm/3,153sq ft five-bed family home. The kitchen was refurbished in recent years, and there is a large conservatory to the rear overlooking the compact southwest-facing garden.

Carroll managed to avoid the décor tropes that developer homes often fall foul of – multi-bay garages for the fleet of luxury cars; swimming pools and snooker rooms, home cinemas etc – although a modest bar in the living room corner stands as a vestige of a bygone era.

The likelihood is that whoever buys number 11, on the market for €1.35million through joint agents Savills and REA Grimes, will want to put their own contemporary stamp on it. Of major appeal will be the secluded family-friendly enclave in which it is located.

Past retirement age, Carroll is still putting down a 60-hour week, and he says he is working harder than ever.

“I enjoy working. I love solving a planning problem just as much as 18 holes of golf. If you look around it’s the same guys building the new schemes now as produced them 20 to 30 years ago – despite all that was said about them at the time of the crash. These builders didn’t bring down the industry, it was rookies coming into the game with little or no experience getting cash thrown at them from lenders.”