Rising prices will see an increase in activity in the market for two-, three- and four-bed homes in counties Meath, Kildare, Wicklow and Louth 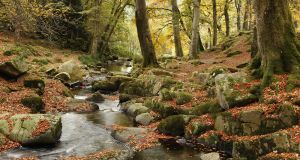 These will be the hot spots for 2018, comprising those parts of counties Meath, Kildare, Wicklow and Louth bordering on Co Dublin. There are at least 40 new homes schemes already under way in these areas and plenty more scheduled to follow. Recent developments would suggest the stars have neatly aligned for the developers in these areas hoping to quickly recoup their investment. With prices for new homes continuing their double digit rise annually, areas closer to the city have become prohibitively expensive for those traditionally associated with new homes – first time buyers. At this stage the asking prices for most new homes and apartments coming on stream are substantially higher than the €320,000 limit being offered to eligible candidates under the newly announced Government-assisted mortgage initiative.

So the biggest increase in activity this year is likely to be in the market for two-, three- and four-bed homes at the north and south city limits and into these commuter counties. Expect many of the applicants under the new mortgage assistance scheme to target their money towards these areas. The net effect however is that prices are likely to be driven upwards on foot of added demand, and new pressures will be placed on these areas to deliver adequate infrastructure supports to meet population growth.