Kenneth Jones, who makes and restores organs, built a house that seems as ‘brilliantly complex yet as simple as an organ’, surrounded by a splendid garden 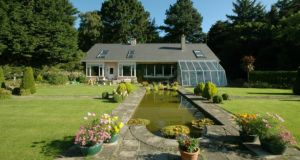 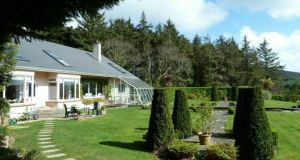 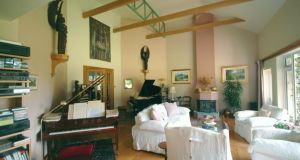 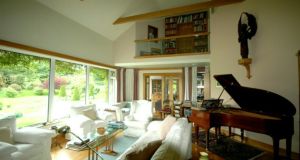 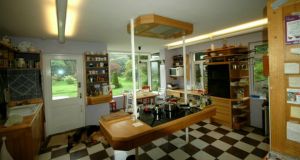 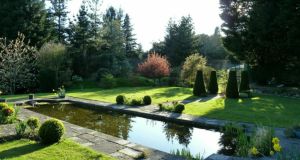 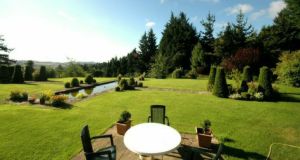 “I’ve been interested in design all my life” says Kenneth Jones, as I’m torn between admiring the view across the ornamental pond and lawns to the fold of the mountains beyond, and wanting to explore the house that Jones, one of the leading makers and restorers of organs, created himself.

“I had been an engineer. I was always interested in music, but I thought it would be hard to make a living, and that I probably wasn’t good enough.” But after a period working in Africa, Jones returned to Europe, and studied organ building in the Netherlands. His work can be seen around the world, from Dublin’s National Concert Hall, to instruments in Beijing, Cambridge, and Valletta in Malta.

In Kilmacanogue, Co Wicklow, he put his engineering skills to work, designing a house that embraces the landscape, while being highly energy efficient (BER B3), and balancing formality with relaxed calm. It was completed in 1997.

In the double-height livingroom (Jones describes it as “cathedral height), he shows me how the walls have been set at slight angles to prevent “standing waves”, those disrupting half echoes that possibly only a trained ear can hear. However, when he sits at one of the pianos to demonstrate, the richness of the sound that rolls around the room makes it clear he’s got it right.

It’s a large house that doesn’t feel overwhelming, despite its five bedrooms – all en suite – and 560sq m (6,000sq ft) of accommodation. In addition, there’s a self-contained two-bedroom apartment. “We were designing for versatility, for changing times,” says Jones, although now he and his wife Barbara are selling, at a guide of €1.345 million with Sherry FitzGerald, to move to something smaller.

While Jones is passionate about music, Barbara is equally passionate about the garden, and also bakes up a storm in the pretty and well designed oak kitchen. You can taste her creations most weeks at the North Wicklow Country Market. “We made the kitchen ourselves, in the workshop,” Jones says. “Structurally the house seems as brilliantly complex, yet as simple as an organ.”

There’s a sense of stillness and calmness to the place, an atmosphere enhanced by the view and the water outside. Do you have to be a musician to love living here? Not necessarily, but if you are, you might well have found your ideal spot.