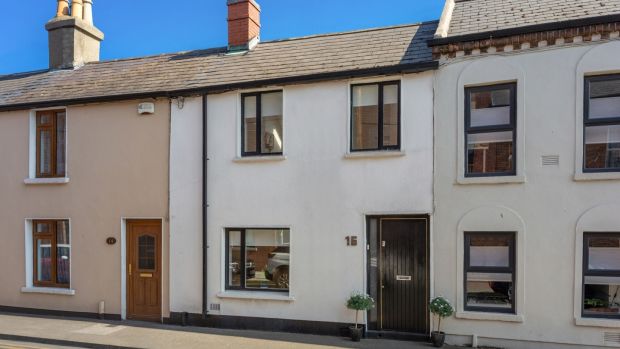 When the the owners of number 16 Pembroke Street first spotted the house in The Irish Times’ property pages in 2005, Irishtown was still in the middle of its transformation from Cinderella suburb of Dublin 4 into the city’s tech hub.

The location, coupled with the fact that the house had already been refurbished, really appealed. They loved its “simple elegance”. The property had already been given a contemporary feel by architect Simon Walker, eldest son of Robin Walker, one of the giants of Irish modernism and part of the holy trinity that set up the firm Scott Tallon Walker.

From the outside, the house, which opens on to the street, looks fairly modest but for this area it offers a lot of well-laid-out space. It has two reception rooms, a separate kitchen, two bedrooms and isn’t overlooked to the rear.

In fact you can see Ringsend Park from the back bedroom and there is vehicular rear access from the garden where you could, subject to planning, extend out or build a garden room to the rear, as some of the neighbours have done.

The smart 80sq m (861sq ft) two-bed opens into a small hall off which is the main living room, which has a concrete floor and matching shelving and fire surround.

It leads through to a den, an internal room with floor-to-ceiling bookcases that is set down a tiny step and can be closed off by pulling over the large sliding door. The room opens through to the kitchen and off it is a guest toilet.

The kitchen overlooks the garden, which is east-facing and gets a lot of light for it is not surrounded by buildings.

From here you can be down at the Shelly Banks or Sandymount in a matter of minutes on your bike. You can sail from nearby Poolbeg Yacht and Boat club on Pigeon House Road or take up athletics in Ringsend Park.

Upstairs there are two good double bedrooms, distanced enough from each other so that you could rent a room and not feel on top of each other. They share a bathroom accessed off the landing.

The main bedroom extends the width of the property to the front with more light streaming in via a Velux in the roof. The second bedroom looks across to the park, a possibly distracting view should you wish to use it as a home office, for the green space is well used by dog walkers, runners and other fitness fans.