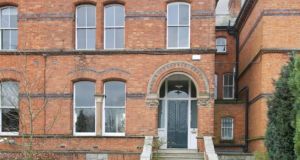 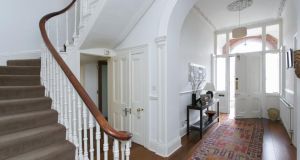 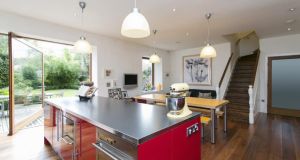 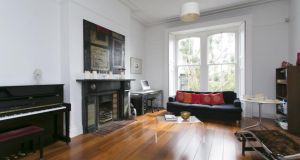 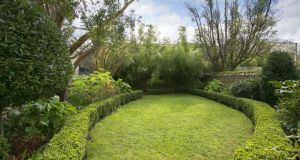 Originally a guesthouse, number 2 Northbrook Road, an early Victorian redbrick, was in its original condition when its owners bought it 20 years ago. It had barely been touched and it was hard to see how anyone had lived here, the owners recall.

The wallpaper was peeling off the walls and the remains of a claw-foot bath lurked in an upstairs room. The upside was that the property was “beautifully intact”. It had well-preserved plasterwork, ceiling heights of 3.59 metres (11.7 feet) and shutters on the windows.

With the help of their friend James Dolan, an architect with de Blacam and Meagher, they renovated the place, rewiring and replumbing, and installing their kitchen at hall level in order to really use the beautiful interconnecting rooms which have twin windows front and back. There is a third room at hall level which overlooks the garden and has an open fireplace. The owner calls this his “man cave”.


Studio apartment
Until about six years ago the garden floor was separate to the house and set out as offices. The owners then decided to move the kitchen downstairs to the rear and installed a magnet design from Ikea, a four-door Aga and a large tilt-and-turn glass door opening out to the south-facing back garden.

The rest of this floor was reconfigured to contain a smart studio apartment, about 43sq metres (463sq ft) in size, including a tiny kitchenette, a toilet and a huge wardrobe area. The next owner might like to reduce the storage space and increase the kitchen area and install a shower to make the space fully self-contained. At the time new double-glazed windows were added to the rear of the property.

On the first floor, there are four good-size double bedrooms, all with fireplaces. The master overlooks the garden and has a shower en-suite bathroom. There is a separate family shower room at the top of the house.

The contemporary garden, designed by Sarah Jordan, film director and writer Neil Jordan’s daughter, is really private yet roomy at 17m by 9m.


Auction
The house, which measures 330sq m (3,552sq ft), has an AMV of €2 million through agents Lisney. The auction takes place on Wednesday, May 7th at Lisney’s Earlsfort Terrace offices.

According to the Property Price Register number three sold for €1.89 million last August. It has been rented out since for €4,000 per month. Hunters have sale agreed number 22 which came to market last October asking €1.95 million. In November 2010 number four sold for €1.1 million.

Childcare: ‘So, you go out and take the child kicking and screaming from the car?’
8